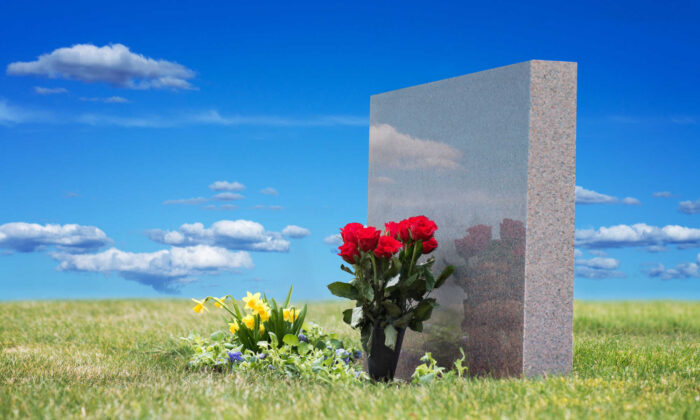 US Life Expectancy Down Three Years in Two Years

Jared Kushner had not yet read the news most likely. He was just telling an interviewer that he is working on getting more healthy because his generation is likely to be the first to “live forever” or the “last generation that’s going to die.” Therefore we need to “keep ourselves in pretty good shape.”

True, it would be awful to live forever and not be fit as a fiddle.

Jared Kusher did a live stream for his book, that has an amazing 535 views, where he said he thinks he is going to live forever pic.twitter.com/lM4E8K2R5D

A good start to living forever might be, for example, taking steps toward longer life expectancy right now. Let’s just say that it is not going well. Americans over two years have lost on average three years of life expectancy. It’s a disaster by any standard, based on data that is mostly unfakeable.

Yes, it gets exasperating. At the very outset of lockdowns, so many said this would happen. The deployment of state power against a virus would unleash every manner of hell including economic collapse, population-wide demoralization, cultural confusion and crime, loss of hope, and overall ill-health. There was already a vast literature on this, and it was unbearably obvious that this would be the result.

Sadly, here we are two years later and all the data is pouring in. The CDC reports that in 2021, life expectancy fell yet again just as it did in 2020, for a total of nearly three years of lost life. The trend is grim.

It would be one thing if this was due entirely or even mostly to COVID. But the verified data on COVID death hasn’t changed since January 2020: the average age of death is equal to or above the median age of life expectancy. The number of people listed as having died from COVID is borrowed entirely from other categories of death such as flu and other respiratory illnesses, and this is due to either misclassification or perhaps the well-known pattern of viral crowding out: the new bug pushes aside the old bug.

Apart from that, we’ve seen a huge increase in deaths—spiking in middle age—by liver disease, heart disease, accidental injury, and suicide, not to mention drug overdoses. In other words, these are lockdown deaths occurring to people at a much younger age than would typically die from (not with) COVID. There is also the truly terrifying possibility that the adverse effects of vaccines are driving some portion of this shocking trend.

“Until now, experts have been accustomed to measuring life expectancy changes in increments of months, not years,” notes the New York Times. The trend affects all demographics except the Asian population.

“It was the largest reduction in life expectancy in the United States over the course of a two-year period since the early 1920s, when life expectancy fell to 57.2 in 1923. That drop-off may have been related to high unemployment and suicide rates during an earlier recession, as well as a steep increase in mortality among nonwhite men and women.”

What the Times here is calling an “earlier recession” is actually World War I or what was then known as the Great War. Multitudes of young men came back from war traumatized, depressed, and lost, and took their lives. The push for alcohol prohibition in 1920 exacerbated the trend. Prohibition was yet another case of a government smiting a proximate cause—under the influence of respected scientists—of a problem without dealing with the root issue.

So yes, the great progress came to an end however temporarily. Once life normalized again by the mid-1920s, lives started getting longer again.

There are few data points more clear in the course of history than the relationship between prosperity and life expectancy and also between prosperity and freedom. The first country where people lived beyond the age of 50 was the UK, where the Industrial Revolution took the deepest root. That change came to the United States in the 1870s. Since then we’ve seen astonishing increases all over the world, depending again on prosperity, which in turn depends on freedom.

With travel and more human contact with people different from ourselves, we experienced the miraculous improvement of immune systems, such that the average immunity strength of 20th century humans surpassed that which we’ve ever before seen.

Gone were the times when small isolated tribes were utterly wiped out by exposure to a new virus. Instead, exposure and recovery granted human beings ever longer lives due to their improved ability to resist severe consequences of infection.

Here I credit the amazing Sunetra Gupta for the insight. I personally consider this point to be among the most brilliant and challenging in all epidemiologic and economic literature. And yet it seemed unexplored in any great depth.

But starting in March 2020, we went in the other direction. We degraded immune systems by mandating a lack of exposure. Again, we were warned early on that this path would result in more ill-health and vulnerability to every disease. Then, incredibly, government shut hospitals and medical services to elective surgeries and diagnostics—nearly everything but COVID. Just astonishing. Then they took away gyms, civic meetings, and community worship.

It was a perfect plan for killing people in the name of protecting them.

The people who did this to us deserve to be disgraced in memory.

We could go on here but the point is that the data is starting to pour in. They ruined progress. They wrecked lives. They kids lost two years. They degraded the experience of living on earth. The results in the United States are uniquely bad in this sense because of other factors having to do with substance abuse, obesity and diet, and general neglect of physical and mental health. The lockdowns made it all worse.

The irony is as palpable as it is tragic. In the name of pandemic planning, the elites turned a manageable pathogen into a killer policy that sliced three years off the average life expectancy in the United States, with costs that are truly incalculable. All the cover-ups, political propaganda, and excuse-making cannot cover up the vital statistics, which are among the most difficult to disguise. And they are looking ever more grim.

Jared Kushner, we now know, was hugely instrumental in bringing about this state of affairs. It was he, with two friends who probably share his immortalist conviction. who pushed the White House toward the first lockdowns. If he does manage to live forever in this world, the conditions his influence brought about have made that less likely than ever for everyone else.