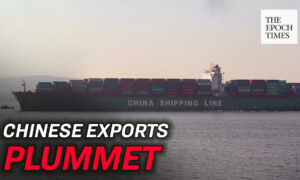 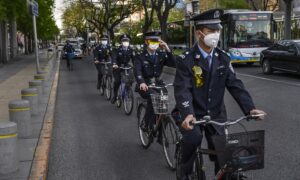 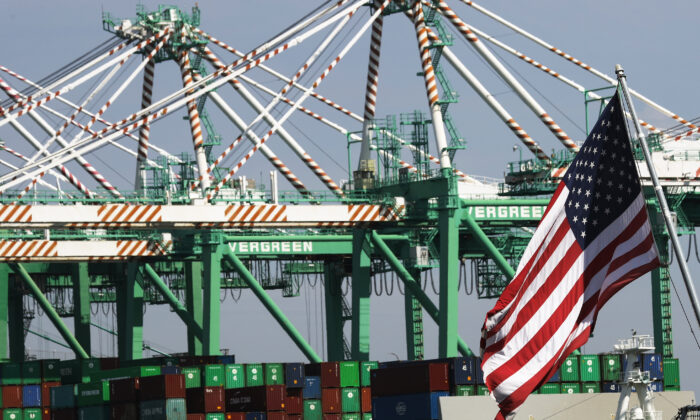 Cranes stand above shipping containers at the Port of Los Angeles, which is the nation's busiest container port in Terminal Island, Calif., on March 6, 2020. (Mario Tama/Getty Images)
US News

US Lending Agency Provides Relief for Exporters Hit by Pandemic

Exporters have taken a significant hit by a slowdown in global trade caused by the CCP virus, commonly known as the novel coronavirus. In response, the U.S. Export-Import Bank (Exim) has stepped up its programs to help companies that face shipment problems, payment difficulties, liquidity problems, or other business interruptions.

As part of the relief efforts, Exim established a temporary bridge finance program to help foreign buyers get short-term financing for their purchases of U.S. goods and services. The program is intended to address scarce credit options because of the pandemic.

The bank also has expanded its existing working capital and supply-chain finance programs to help exporters navigate through the turbulent times.

“Those programs become very important during the economic or any type of crisis because liquidity becomes a big issue,” Jim Burrows, senior vice president at Exim’s small business group, told The Epoch Times.

The virus has also impacted private lending markets, which makes it difficult for American exporters to sell products. Certain private sector insurers or banks may reduce trade financing due to uncertainty and liquidity issues.

And some even have started to pull out of certain markets, Burrows said, adding that Exim will be able to fill in the gap and continue supporting U.S. exporters.

“We complement the private sector, especially in financial crisis times,” he said.

In addition to the relief measures to support exporters during this challenging time, the export credit agency continues to focus on the economic and national security challenges from China.

In December, President Donald Trump signed into law a seven-year reauthorization of Exim, the longest extension in the agency’s 86-year history. The law has established a new “Program on China and Transformational Exports” that targets Chinese export subsidies around the globe.

The program sets a goal of reserving 20 percent of Exim’s financing authority, nearly $27 billion, to support U.S. businesses that compete directly with exports from China. The program aims to boost exports of U.S.-made goods and services in certain advanced technologies including artificial intelligence, biotechnology, renewable energy, semiconductor, and 5G.

“We’re looking at program enhancements in order to allow our American exporters to compete head-to-head with China,” Burrows said.

The bank is working on developing “tactical plans” for short term as well as medium and long-term programs to compete directly with China, he said.

China has three export credit agencies that it uses to promote its national interest abroad including its ambitious development program, Belt and Road Initiative (BRI). The Chinese Communist Party has made the initiative a centerpiece of its plans to grow its geopolitical influence.

China’s Export-Import Bank alone provided more than $149 billion in loans to more than 1,800 BRI projects in the last several years.

“The sheer volume of the Chinese activity is not the only source of concern. They do not play fair,” Reed said in January at the American Association of Port Authorities Shifting Trade Conference.

She said the Chinese export credit agencies “operate at a large volume outside the terms” set by the Organization for Economic Co-operation and Development. “Countries that rely on Chinese financing are increasingly finding themselves stuck in a debt trap, in which China has the upper hand.”