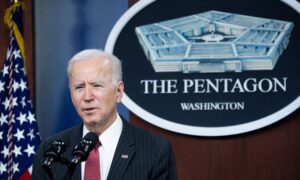 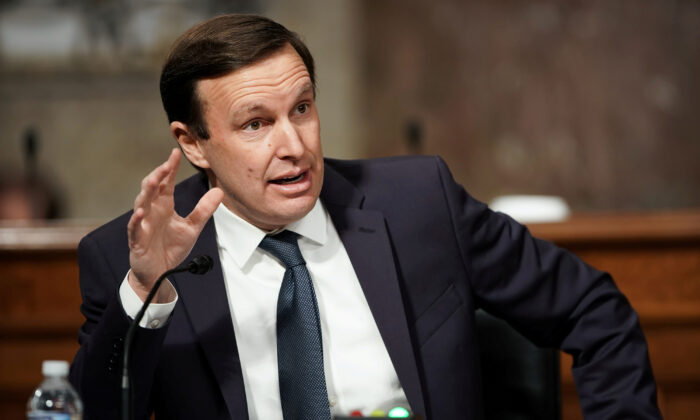 US Lawmakers Seek 20 Percent Boost in Foreign Affairs Budget, With Eye on China

WASHINGTON—Democratic U.S. lawmakers on Tuesday proposed an increase of $12 billion in the country’s foreign affairs budget, hoping to prod President Joe Biden to boost funding for diplomacy after years of flat spending.

Competing with China has been the focus of foreign affairs in the first weeks of the Biden administration. Secretary of State Antony Blinken is using his first trip abroad to shore up Asian alliances in the face of growing assertiveness by Beijing.

“These are all threats to the United States and our allies that cannot be met with military investment alone,” Murphy said on a call with reporters. The lawmakers contrasted U.S. spending with far greater amounts he said, for example, that Beijing expends to promote Huawei 5G technology.

“China has doubled their diplomacy budget in the last 10 years,” Cicilline said.

The lawmakers proposed funding of $68.7 billion for the State Department and U.S. Agency for International Development, versus the current $56.6 billion.

Lawmakers from both parties opposed those plans, saying it was essential to preserve U.S. “soft power” on the world stage, but one result was that spending on diplomacy remained flat.

One Senate aide said the lawmakers had run their proposal by Biden’s State Department, in the hope that it would “kick off a conversation with them about progressive priorities.”

Separately, 50 House of Representative Democrats wrote to Biden on Tuesday urging him to cut the Pentagon’s budget.

Biden is not expected to send his first budget request to Congress for several weeks.

The country spends $740 billion a year on the military.