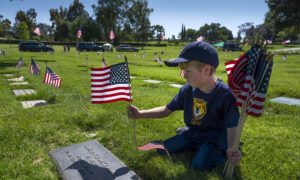 Memorial Day: 'We remain the land of the free only because we have been the home of the brave'
0 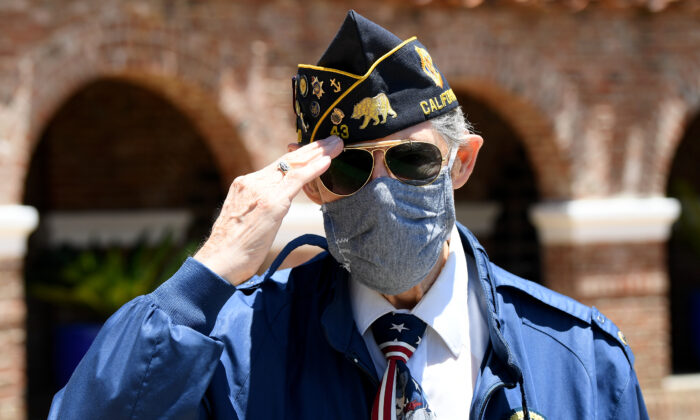 US Lawmakers Honor Soldiers and Their Families on Memorial Day

Lawmakers throughout the United States honored military veterans on May 25, Memorial Day, with Democrats and Republicans alike sending out messages of gratitude and praise for the military personnel who died while serving their country.

An Iraqi combat veteran herself, Senator Joni Ernst (R-Iowa), spoke on the Senate floor in honor of America’s fallen soldiers to mark the occasion.

“Just like every year, this Memorial Day, let’s commemorate the service members and families who have sacrificed in defense of our freedom,” said Ernst. “The freedoms we cherish, but are so often taken for granted, did not come without a price.”

“For generations, American patriots have secured our blessings of liberty by willingly laying down their lives in defense of our great nation,” she continued.

Senator Cory Booker (D-N.J.) shared Ernst’s emphasis on the price the fallen men and women have paid for American freedom.

“Let us be reminded that we drink deeply from wells of freedom that we did not dig. Today we honor the memories of the heroic Americans who made the ultimate sacrifice in service to our country. #Memorial Day,” Booker said.

Many of the lawmakers thanked not only the fallen service members, but also their families for their sacrifice and devotion to their country.

“This Memorial Day, we remember those who gave the last full measure of devotion serving our country. We owe them and their families a debt we can never repay,” said Senator Chuck Schumer (D-N.Y.).

“On this Memorial Day, I hope everyone takes time to remember the brave men and women who have served and died for our freedoms, and that we all recommit to honoring our nation’s promise to take care of those who have served and their families,” Patty Murray (D-Wash.)

“Barbara and I pray for our service men and women who lost their lives protecting our freedoms,” Senator Chuck Grassley (R-Iowa) said, referring to his wife. “We also pray for their families and friends who survived them Our great country wouldn’t be what we are w/out the selfless sacrifice of so many God Bless America.”

Senator Tom Cotton (R-Ark.) invoked the image of Arlington National Cemetery, where in April, 1866, The U.S. Army began its effort to locate its fallen service members buried in temporary cemeteries across the United States.

“Memorial Day reminds us of the patriots who’ve died in defense of our country,” he said in a statement. “The orderly rows of white headstones at resting places like Arlington National Cemetery impress upon us the magnitude of their sacrifice-yet each headstone pays tribute to an individual who left his own heroic saga and loving family here on Earth. Memorial Day is a moment to reflect on these brave men and women, and, through the act of reflection, commit ourselves to emulating their courage and patriotism.”

The Department of Veterans Affairs maintains 142 national cemeteries in 40 states. States are in various phases of social distancing and will have different rules for visiting cemeteries.

Speaking at a Memorial Day event at Bakersfield National Cemetery in California on May 23, House Minority Leader Kevin McCarthy (R-Calif.) said veterans have made the ultimate sacrifice for future generations of Americans.

“Educate the future generation that an individual that they did not meet changed their life, changed the course of history, not just for our community, but for our country and our world. That they [gave] the ultimate sacrifice of their own life [to] freedom and liberty. We must never forget them,” said McCarthy.

In preparation for Memorial Day, Senator Kelly Loeffler (R-Ga.) urged the U.S. Department of Veterans Affairs to allow small groups of volunteers to continue the longstanding tradition of placing American flags on all national cemeteries.

“This coordinated display of patriotism comes together with hours of planning and preparation, designed to bring comfort to those whose loved ones made the ultimate sacrifice. If small groups of volunteers are able to abide by necessary safety restrictions, I believe their work to honor our service men and women should continue as planned on Memorial Day,” wrote Loeffler.

Arlington National Cemetery is a place that would be teeming with visitors on this day, but instead is closed to tours and large groups, including volunteers, due to the CCP virus pandemic. The national site for burying American military is only open to their family members.

“While #MemorialDay this year is different than what we’ve all been accustomed to due to #COVID19, we will continue to honor the families who have lost loved ones in defense of our country. Please take a moment today to thank our Gold Star Families for their incredible sacrifice,” wrote Senator Joe Manchin (D-W.Va.)