US Lawmakers Defend Taiwan Against WHO Chief’s Claims 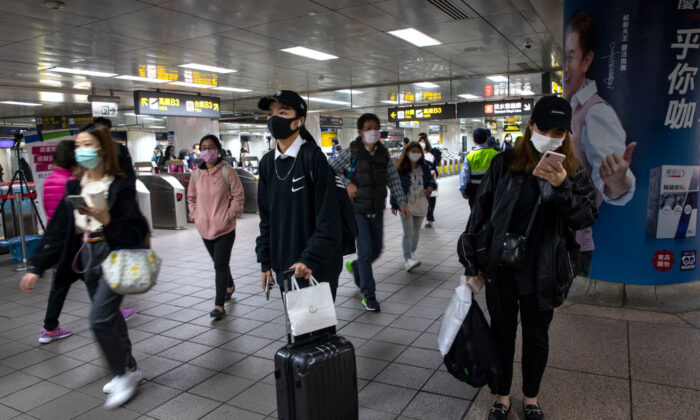 TAIPEI, Taiwan—U.S. officials are voicing support for Taiwan following claims by World Health Organization (WHO) Director-General Dr. Tedros Adhanom Ghebreyesus that he was the target of racist insults and death threats that originated from Taiwan.

The WHO’s leader on April 8 also accused the island’s foreign ministry of knowing about the attacks and also criticizing him.

In response to the accusations, Taiwan President Tsai Ing-wen stated that Taiwan opposes all forms of discrimination. She extended an invitation to Ghebreyesus to visit Taiwan so he could see for himself the island’s efforts to fight COVID-19.

Taiwan opposes all forms of discrimination. I want to take this opportunity to invite @WHO Director-General @DrTedros to visit Taiwan & experience for himself how committed the Taiwanese people are to engaging with the world & combating #COVID19. Statement:https://t.co/C6ZCEeJDxB pic.twitter.com/YL5yxBqDPN

On April 10, Taiwan’s Ministry of Justice Investigation Bureau held a press conference to call out a Twitter smear campaign by mainland Chinese netizens who had posed as Taiwanese citizens and wrote “apologies” to Ghebreyesus for the purported attacks. Many Twitter accounts posted the exact same message.

“I applaud [Taiwan President] @iingwen’s response to baseless claims that Taiwan is fueling racist attacks against @DrTedros,” U.S. Rep. Eliot Engel (D-N.Y.), the chairman of the House Foreign Affairs Committee, wrote in a tweet the next day about the spat, in defense of Taiwan.

“I encourage him to check out #Taiwan’s record—despite its exclusion—so we can collectively advance @WHO’s critical global health work,” he added.

Taiwan has earned international accolades for its efforts in containing the spread of the CCP virus, commonly known as novel coronavirus, despite the island’s close proximity to mainland China. As of April 11, the island has reported 388 confirmed cases and six deaths in connection with the virus.

Taiwan isn’t a member of the WHO, as the international health agency has refused to offer the island a seat on the World Health Assembly (WHA), WHO’s decision-making body. Moreover, the organization hasn’t extended invitations to Taiwanese health experts to join recent meetings related to the pandemic held by the WHO Emergency Committee.

Taiwan’s exclusion from the WHO is the result of the Chinese regime’s objection, which claims the island as its own, despite the fact that Taiwan is a de facto independent country, with its own military, democratically-elected government, and constitution.

On April 9, Washington-based Formosan Association for Public Affairs (FAPA), a lobbying group that promotes U.S.-Taiwan relations, also called out the CCP, pointing to a tweet by Chinese state-run media Global Times, which called the “attack” from Taiwan a “shame.”

“#ChineseCommunistParty and @DrTedros helping each other out of a disaster they created,” FAPA commented on Twitter, adding that it was a campaign aimed at driving “a wedge among pro-democracy people.”

I love the #ThisAttackComesFromTaiwan hashtag 🙂

“Leave it to the @WHO to ignore Taiwan’s warnings about the Chinese COVID-cover-up, only to accuse Taiwan of racism without a shred of evidence,” Norman said in his tweet on April 9.

Beijing’s initial coverup of the virus has been well-documented, most notably its decision to silence eight doctors, among them ophthalmologist Li Wenliang, after they posted on Chinese social media about a new form of pneumonia in late December. Li was subsequently summoned to a local police station for “rumor-mongering.”

Taiwan officials said they first warned the WHO about the virus’s risk of human-to-human transmission on Dec. 31 last year.

The WHO initially repeated Beijing’s claim that there was “no clear evidence of human-to-human transmission” on Jan. 14. Beijing didn’t admit the virus was contagious until Jan. 20.

On April 10, the WHO said in a response to AFP that it did not receive such a warning from Taiwanese health officials.

The following day, Chen Shih-chung, Taiwan’s minister of health and welfare, spoke at a daily press conference and sought to clear up the incident by revealing the content of the email.

“News resources today indicate that at least seven atypical pneumonia cases were reported in Wuhan, China,” the email stated. “Their health authorities replied to the media that the cases were believed not SARS; however, the samples are still under examination, and cases have been isolated for treatment.”

Chen said: “If ‘being isolated for treatment’ is not a warning, then what is?”

He called on the WHO to be honest in dealing with the issue and stop seeking to shift blame.