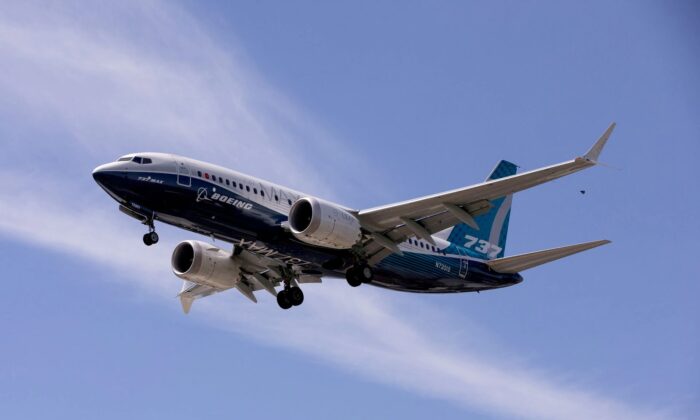 A Boeing 737 MAX airplane lands after a test flight at Boeing Field in Seattle, on June 29, 2020. (Karen Ducey/Reuters)
US News

Three U.S. House Democrats on Monday asked the head of the Federal Aviation Administration (FAA) to provide more details of the agency’s oversight of Boeing’s (BA.N) 737 MAX and questioned whether the planemaker had been held fully accountable.

The best-selling, single-aisle airplane, which was grounded for 20 months after two crashes killed 346 people in the space of five months, returned to service in late 2020.

The lawmakers, including House Transportation and Infrastructure chairman Peter DeFazio, asked FAA Administrator Steve Dickson in a letter Monday what the agency had done, if anything to hold Boeing employees responsible for various transgressions. It asks for a response by Dec. 13.

The letter said these included Boeing’s apparent violation of its approved 737 MAX type design, as well as evidence of an internal plan to downplay the significance of a key safety system called MCAS tied to both fatal crashes.

An FAA spokeswoman said the agency would respond directly to the committee. Boeing did not immediately comment.

The letter said the lawmakers were “deeply troubled by the absence of rigorous accountability for Boeing’s past transgressions related to the 737 MAX and the FAA’s failure to hold those who violated the public’s trust accountable.”

Earlier this month, the FAA’s Dickson told a U.S. congressional panel that Boeing had more to do as the U.S. planemaker continues to face scrutiny.

“Boeing is not the same as it was two years ago but they have more to work to do,” Dickson said. “We have reset the relationship with Boeing in no uncertain terms.”

In a Nov. 2 letter, acting manager for aviation safety in the local FAA office that oversees Boeing, Ian Won, told the planemaker that company appointees performing work for the agency did not have the required expertise and some employees were not meeting FAA expectations.

Dickson said the FAA was delegating fewer responsibilities to Boeing for aircraft certification and was “demanding more transparency” from manufacturers.

The FAA is currently scrutinizing a number of issues involving Boeing airplanes.

Boeing agreed to a deferred prosecution agreement with the Justice Department in January including $2.5 billion in fines and compensation stemming from the 737 MAX crashes.