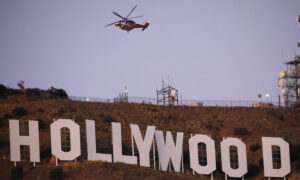 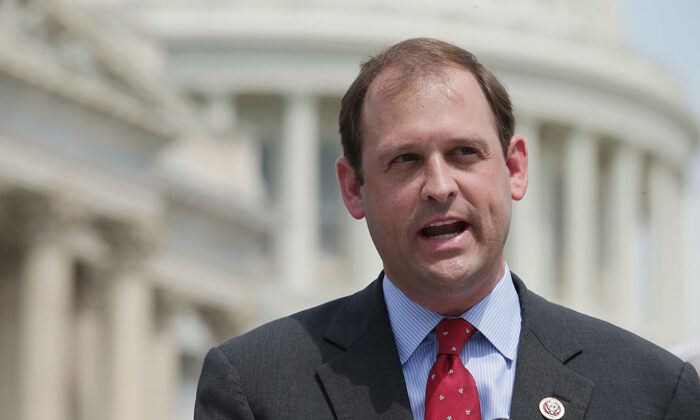 Rep. Andy Barr (R-Ky.) has introduced a bill requiring companies listed on the U.S. stock exchanges to disclose if they have ties to the Chinese Communist Party (CCP).

“This legislation would provide unprecedented transparency for American investors with respect to CCP investments in publicly traded companies,” Barr said in an Aug. 5 press release.

There are 172 Chinese companies listed on major U.S. stock exchanges as of September 2019, according to the U.S.–China Economic and Security Review Commission. Many of them are state-owned companies or receive Chinese government funding.

Listed Chinese companies are not subject to U.S. auditing. Beijing doesn’t allow the Securities and Exchange Commission or U.S. regulators to examine their records, claiming that their books are “state secrets” that can’t be shared with outside parties.

The bill, named the Transparency in Chinese Government Investment Act of 2020 (H.R.7924), would amend the Securities Exchange Act of 1934 to require publicly traded companies to disclose any financial support they receive from the CCP, such as subsidies, grants, loans, loan guarantees, tax breaks, tax incentives, or any preferential treatment related to state procurement policies, according to the press release.

One of the longstanding U.S. demands in ongoing trade talks is that Beijing end its massive government subsidies granted to Chinese companies, which U.S. companies say make it difficult for them to compete in the Chinese market on a level playing field.

Beijing subsidizes Chinese companies, in particular those deemed “state champions,” to achieve its economic goals, such as promoting the country’s technological development or industrial competitiveness.

The bill requires that companies reveal whether any of their officers or directors who hold or previously held positions are or were part of the CCP, the Chinese government, or have other “Chinese affiliations,” according to the press release.

Top executives at major Chinese companies are often Party members or have past affiliations with the Chinese regime. For example, Chinese tech giant Huawei, which has been banned by many countries, including the United States, from their 5G networks, was founded by Ren Zhengfei, a former director of telecoms research in the Chinese military’s General Staff Department.

If enacted, the bill would also require companies to disclose any connection with China’s strategic initiatives, such as “Made in China 2025” or the “New Generation Artificial Intelligence Development Plan.”

China rolled out the industrial plan “Made in China 2025” in 2015, with the aim of making China a global competitor in 10 tech sectors by 2025. These sectors include advanced information technology, robotics, and new energy vehicles.

Beijing has steadily phased out any mentions of “Made in China 2025” due to close scrutiny by U.S. officials. In recent months, Beijing has sought to achieve tech domination under a new plan called “China Standards 2035,” focusing on areas such as artificial intelligence (AI), the internet of things, and big data.

In 2017, China rolled out the “New Generation Artificial Intelligence Development,” a roadmap that set out strategic goals by 2020, 2025, and 2030 to achieve major breakthroughs in AI theories such as big data intelligence and human-machine hybrid intelligence. Ultimately, the plan is to turn China into an AI innovation powerhouse by 2030.

The bill would expose “Chinese companies raising capital in American markets that are part of broader CCP strategic initiatives that undermine American national security and further some of the CCP’s most dangerous activities,” Barr said.

Barr is currently a member of the China Task Force, launched by House Republicans in early May to specifically address threats posed by the CCP.