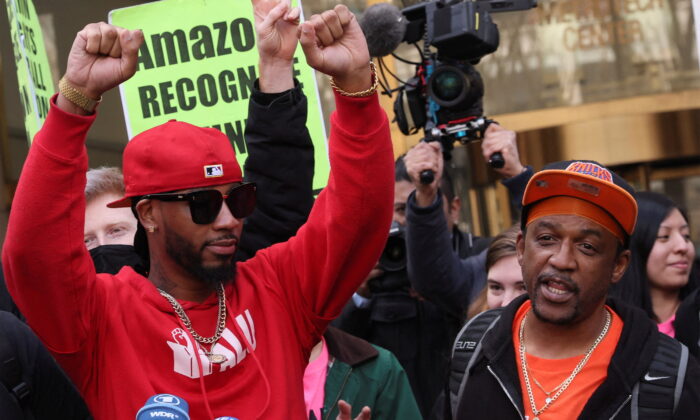 A U.S. labor official has dealt a setback to Amazon.com Inc. in the company’s attempt to overturn the results of a labor union victory that Amazon argued was “improperly influenced.”

The election, which took place in March, was held by the Region 29 office of the National Labor Relations Board (NLRB) to decide whether Amazon Labor Union (ALU) would officially represent employees working at the fulfillment center of Amazon’s JFK8 building in the Staten Island borough of New York City. Employees who cast ballots in the election voted in favor of being represented by the ALU by a margin of 523 votes, equivalent to roughly 10.8 percent of valid votes cast.

Amazon contested the results of the election, accusing Region 29, which oversaw the election, of acting in favor of the ALU. The company also accused the labor union of misleading and coercing workers at the fulfillment center.

Due to Amazon’s objections with regard to the conduct of Region 29, the issue was transferred to the NLRB’s Region 28 office to ensure that a decision on the matter was made by a hearing officer not belonging to Region 29.

“After conducting a hearing over 24 business days via Zoom for Government platform and carefully reviewing the evidence and arguments made by the parties, I conclude that the Employer’s objections should be overruled in their entirety,” the hearing officer said in the report, according to a tweet by Christian Smalls, president of the ALU.

“The Employer has not met its burden of establishing that Region 29, the Petitioner, or any third parties have engaged in objectionable conduct affecting the results of the election.”

The case has attracted attention due to the fact that it deals with the first successful union push at an American Amazon warehouse.

The company has decided to appeal the decision, Amazon spokesperson Kelly Nantel said in an emailed statement to The Epoch Times. She also blamed the NLRB and the ALU for having “improperly influenced” the election outcome, insisting that the decision is something the majority of its team does not want.

Amazon has until Sept. 16 to file objections. In case the company fails to influence the board, it will have to start negotiating with the union.

The Region 28 hearing officer’s report acts as a recommendation for the NLRB as it ponders a formal decision on the matter. The organization is not obliged to follow through with the recommendation.

Cassio Mendoza, communications director for the ALU, welcomed the decision of the hearing officer.

“While we are pleased with her findings, the Amazon workers in the ALU understand that this is just the beginning of a much longer fight,” Mendoza said in a Sept. 1 press release.

“Amazon’s abuse of the legal process is simply a stalling tactic that is meant to delay our negotiations and cause workers to lose faith in the process.”