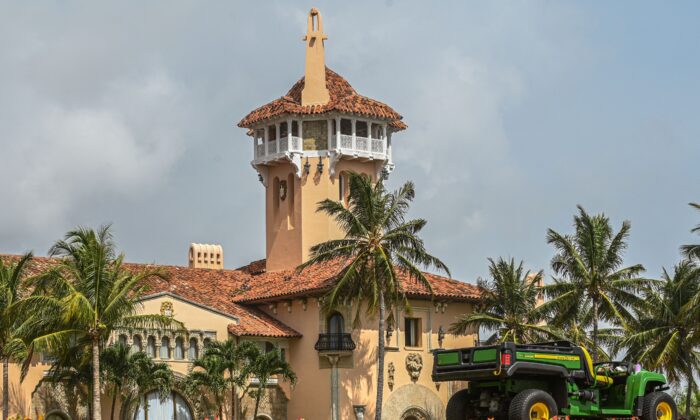 A federal judge approved the search warrant that FBI agents served on former President Donald Trump’s resort in Florida, according to one of Trump’s lawyers.

Christina Bobb, the lawyer, told The Epoch Times that documents agents showed to her during the raid listed U.S. Magistrate Judge Bruce Reinhart as the judge who signed off on the raid.

“It was Bruce Reinhart,” Bobb said.

Court docket entries show that Reinhart since Aug. 5 issued warrants in response to multiple requests, including a warrant for electronic communications suspected to be relevant to an ongoing criminal investigation.

Reinhart is one of three magistrate judges for the U.S. District Court of the Southern District of Florida’s West Palm Beach location, which encompasses Trump’s Mar-a-Lago resort.

The warrant applications, the orders approving the applications, and other documents are under seal, meaning they are not available to the public.

Two other magistrate judges work out of the location. U.S. Magistrate Judge Ryon McCabe had no search warrant applications come before him on Aug. 5 or Aug. 8, the docket shows.

The other, U.S. Magistrate Judge William Matthewman, granted a search warrant on Aug. 8, according to the docket.

Records in that case are also sealed.

The FBI has declined to comment on the raid. The Department of Justice has not returned inquiries. A White House official told The Epoch Times in an email that the White House was not notified of the raid before it took place.

Reinhart was a senior prosecutor in the U.S. Attorney’s Office for the Southern District of Florida during the prosecution of late sex offender Jeffrey Epstein. Shortly after a non-prosecution agreement was reached with Epstein, who pleaded guilty to a single state-level charge in exchange for not being prosecuted by federal officials, Reinhart “joined Epstein’s payroll,” according to documents entered by lawyers for women Epstein allegedly abused.

“On information and belief, Reinhart’s representation of these individuals was paid, directly or indirectly, by Epstein,” one document says. “Such representations are in contravention of Justice Department regulations and Florida bar rules. Such representations also give, at least, the improper appearance that Reinhart may have attempted to curry with Epstein and then reap his reward through favorable employment.”

Reinhart responded with a motion for sanctions, saying the documents contained “unfounded factual and legal accusations.” He asked for leave to intervene in the case.

U.S. District Judge Kenneth Marra, a George W. Bush appointee, rejected the bid, ruling that Reinhart did not share a common question of law with the legal action in question.

Roman Balmakov and Joe Hanneman contributed to this report.