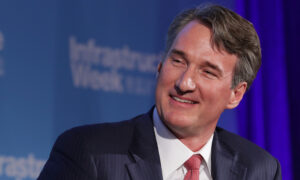 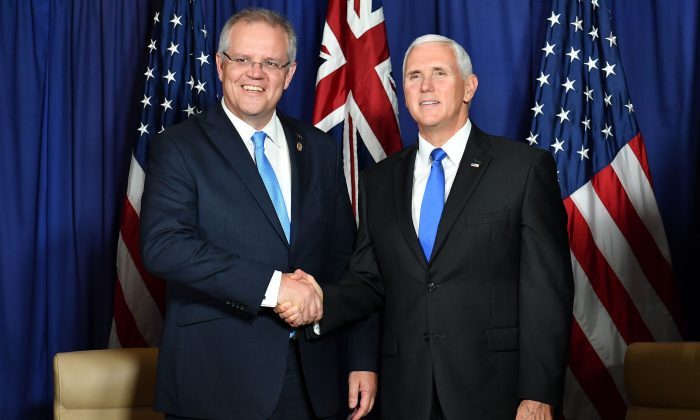 US Joins Australian Plan to Develop New Pacific Naval Base

The plan, which comes on the heels of China’s emergence as a possible developer of the deep-water site, was unveiled on Nov. 17, at an Asia-Pacific forum hosted by Papua New Guinea (PNG) where world leaders voiced competing visions on how trade should be conducted in the region.

Analysts say a Chinese presence on Manus Island could impact the West’s ability to navigate the Pacific while offering Beijing close access to U.S. bases in Guam.

Manus Island was a major U.S. naval base during the Second World War, playing a key role in Washington’s Pacific strategy. Recently, it has hosted one of Australia’s two controversial offshore immigration detention centers.

Pence said the United States would partner with Australia and PNG on the Manus Island port project.

“We will work with these nations to protect the sovereignty and maritime rights of Pacific islands as well,” Pence said.

“And you can be confident, the U.S. will continue to uphold the freedom of the seas and the skies.”

Australia, a staunch U.S. ally, has for decades enjoyed largely unrivaled influence in the Pacific until China recently turned its attention to the region.

The United States has had a long-running dispute with China over maritime routes in the South China Sea. That has extended to the Pacific over concerns Beijing may use its increased influence, backed by its emerging status as a major bilateral lender to island economies, to secure access to infrastructure that could be used for military purposes, including deep-water ports and wharves.

Australian Prime Minister Scott Morrison announced on Nov. 1, that his country would fund development of the base on Manus Island with the support of the PNG government.

But neither party has sought support from local residents, Manus Island Governor Charlie Benjamin has said. Communities in the sprawling, resource-rich PNG have at times opposed decisions made by the central government.

Manus Island is PNG’s smallest province with a population of about 50,000 people.

Australian and PNG government representatives did not respond to requests for comment.

PNG’s navy is made up largely of patrol boats, mostly donated by Australia, and landing craft.

Morrison has previously said that Australia’s navy would make visits to the new base on Manus Island.