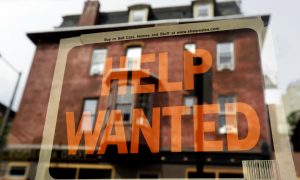 Apart From Low Unemployment, Just How Healthy Is Job Market?
0 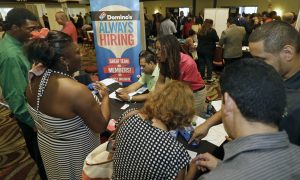 Weakness and Strength: 7 Snapshots of the US Job Market
0 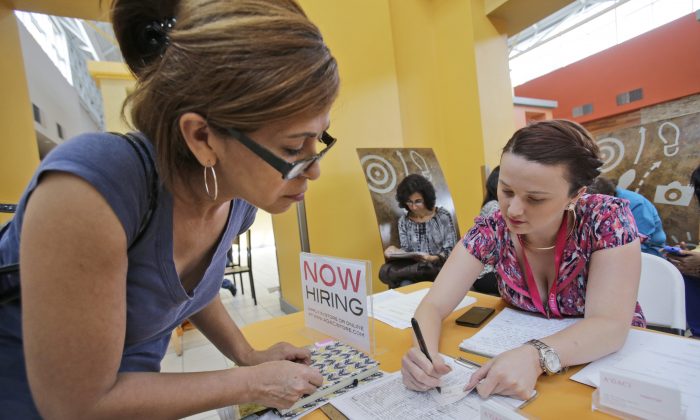 US Jobs Report for October by the Numbers

WASHINGTON—Employers added 271,000 jobs, and the unemployment rate fell to 5 percent, the lowest level in seven years.

The flurry of hiring is likely to give the Federal Reserve confidence to go ahead with a long-anticipated increase in short-term interest rates in December.

Here’s a closer look at the key numbers in Friday’s jobs report and why they matter:

Why it matters: It’s the biggest annual gain since July 2009. Wage increases have been a missing piece of the economy’s recovery from the Great Recession. Evidence of decent raises across the economy could solidify the Federal Reserve’s confidence about raising short-term interest rates at its mid-December meeting.

Why it matters: The number of people stuck in part-time jobs who would prefer to work full time has plunged 18 percent in the past year. The decline has occurred largely because business conditions have improved, so employers need more staffers to work a full week.

Why it matters: The unemployment rate for this group ticked up from 4.2 percent in September. But the reason was in part that more of them came off the sidelines and began searching for work. The government counts people as unemployed only if they’re actively seeking a job. In October, the total number of prime-age people either working or seeking work rose 182,000.

Why it matters: Ahead of the holiday shopping season, retailers aggressively stepped up hiring. Clothing stores accounted for nearly half the sector’s new jobs, suggesting that consumer spending growth is back in fashion.

Why it matters: Wages shot up for non-supervisory construction workers at a pace 3.5 times faster than the national average. That 1.5 percent gain translates into annualized wage growth of 18 percent. It suggests that builders are upping their pay to attract workers — a sign that the gains in home and office construction could stabilize and perhaps extend through next year.

Why it matters: Weak hiring at American factories reflects the effects of economic troubles overseas and a strong dollar, both of which hurt U.S. exporters. Still, last month was better than August and September when factories cut 28,000 jobs.

Why it matters: Just three sectors accounted for a majority of job gains last month. The health care hiring shows how the medical needs of aging baby boomers will drive jobs, while the restaurant and retail hiring suggest that Americans feel more prosperous.