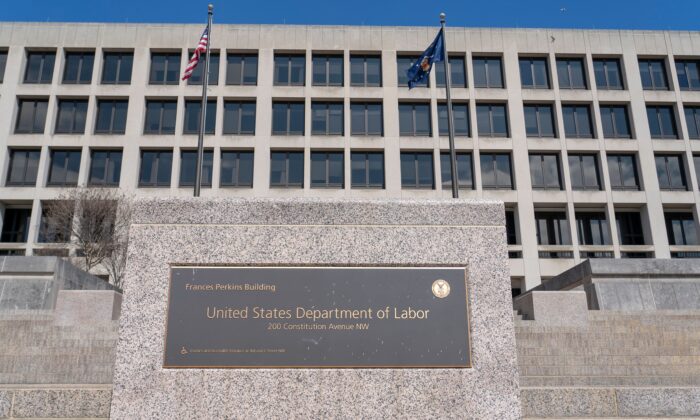 Despite a strong jobs market report earlier this week, October saw the largest amount of monthly job cuts since February 2021.

Many American companies are expecting an economic downturn heading into the fourth quarter, leading to fears that more cuts are likely to come.

The U.S. labor market has remained strong this year, despite scattered of layoffs, with certain sectors taking a beating, as the Federal Reserve raised its benchmark rate again on Nov. 2

The Fed raised interest rates by 75 basis points in its fight against inflation, but it suggested that it may be nearing an inflection point, after the quickest annual rate tightening in 40 years.

Fed Chairman Jerome Powell announced that the labor market “remains extremely tight” and “continues to be out of balance.”

The job placement agency Challenger, Gray & Christmas released a report on Nov. 3, which revealed that American-based firms announced 33,843 job cuts last month, up from 29,989 in September.

This is higher than the same month last year, when 22,822 employees were laid off.

The level of job cuts in October was the highest on record since 34,531 employees were terminated in February 2021.

This is the sixth time this year that job cuts were higher in 2022 than the same month in 2021.

“We are beginning to see more job cut activity in the fourth quarter, historically when the bulk of cuts occur, as companies finalize budgets and plans,” said Andrew Challenger, senior vice president of Challenger.

“Many companies are anticipating a downturn, and with a still-tight labor market and the Fed’s rate hikes, more cuts will be on the way as we enter 2023.”

The outplacement service said that was the lowest number recorded for the January–October period since it started tracking monthly job cuts announcements in 1993.

Meanwhile, there were reports that Elon Musk announced plans to layoff nearly 50 percent of Twitter’s workforce by the end of this week, in a majoring restructuring of the company since he took over the social media platform.

The automotive industry saw the largest annual job cuts, with 28,987 laid off in 2022, an increase of 182 percent over the 10,005 cuts announced during the same period in last year.

The other two sectors facing large cuts year were real estate and construction, at 7,206 and 3,983, respectively, due to a collapsing housing market.

“The housing market has cooled as interest rates scare off new buyers. Housing starts and permits have both fallen from last year, according to government figures,” said Challenger.

“There is still no indication that layoffs are picking up in any meaningful way,” said Dante DeAntonio, senior economist at Moody’s Analytics to Reuters.

“The ongoing lack of layoffs will help propel consumer spending moving forward even as household balance sheets come under pressure from high inflation.”

The most common reasons for job cuts listed in the report were over business closings, restructuring, and cost-cutting, while about a third of businesses listed no single cause.

Companies announced plans to hire 237,380 workers in October, including 194,130 in the retail sector, in anticipation of the holiday season, according to the report.

This was after hiring in September was the lowest on record since 2011.

Hiring announcements over the last two months were well below the same period in 2020 and 2021, as employers remained concerned about the short-term economic outlook heading into the holidays.

Economists are also eagerly awaiting the department’s separate October jobs report, which is to be released on Nov. 4. It is projected to show only 205,000 new hires, after a gain of 263,000 in September, according to economists surveyed by Reuters.