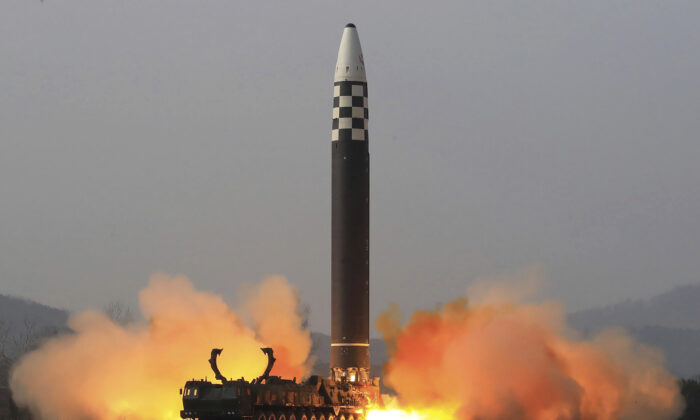 The Treasury Department in a statement said the action targets the Ministry of Rocket Industry, which it said is a North Korean weapons of mass destruction research and development organization directly linked to the development of new intercontinental ballistic missiles (ICBMs).

North Korea’s mission to the United Nations in New York did not immediately respond to a request for comment on the new sanctions.

Friday’s move follows a rise in tensions with North Korea after two ballistic missile tests on Feb. 26 and March 4 that involved a new ICBM system that North Korea is developing, and last week’s first full ICBM test conducted by North Korea since 2017.

“The United States is committed to using our sanctions authorities to respond to the DPRK’s continued development of weapons of mass destruction and ballistic missiles,” she said.

South Korean officials have reported new construction at the North’s only known nuclear test site, which was shuttered in 2018.

There are increasing signs that North Korea could soon test a nuclear weapon for the first time since 2017 in a bid to improve its arsenal and increase political pressure, U.S. and South Korean officials and analysts said.