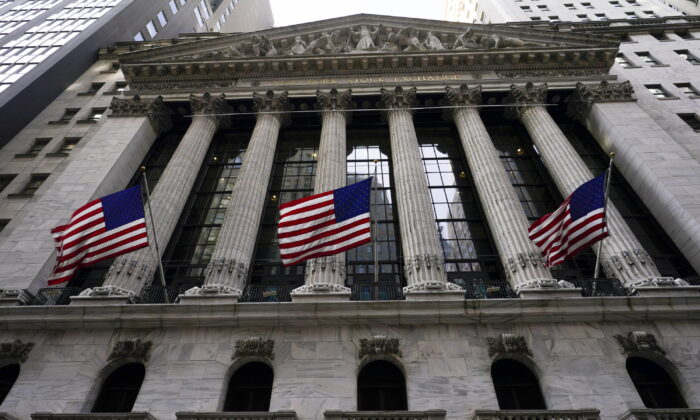 US Investors Continue to Fund the Chinese Military

The PLA is on the verge of launching its third aircraft carrier as part of its $9 billion dollar carrier program. This hefty price tag represents a small fraction of money the Chinese Communist Party (CCP) has received from U.S. investors.

China “exploits United States investors to finance the development and modernization of its military” wrote then-U.S. President Donald Trump on Nov. 12, 2020, in an executive order banning investment in Chinese stocks linked to the PLA. In the order, Trump accurately said that the key to the CCP’s military and intelligence development is the funding it receives from the U.S. private economy.

According to the U.S.-China Economic and Security Review Commission, there were 261 Chinese companies listed on U.S. exchanges with a combined value of $1.4 trillion as of March 2022.

Nina Xiang of China Money Network confirmed Trump’s statement that China depends on the United States to fund its development. The BBC also reported Xiang saying that losing access to U.S. markets would have a “devastating impact on China’s innovation ecosystem and future development.”

The pockets of U.S. investors are deep and the CCP would have difficulty covering China’s $229 billion defense budget if state-linked firms were kicked off of U.S. exchanges. The two major exchanges in New York, the NYSE and the NASDAQ, are four times the size of the combined Shanghai and Hong Kong exchanges.

In a continuation of Trump’s 2020 executive order, President Joe Biden issued an executive order this month adding 59 PLA-linked Chinese companies to the U.S. blacklist. Biden’s executive order also mandated a one-year deadline for Americans to divest themselves from the blacklisted stocks.

On June 1, just two days before the deadline, the OFAC issued an online FAQ regarding blacklisted entities, which caused a great deal of confusion.

The FAQ states: “No. E.O. 13959, as amended, does not require U.S. financial institutions to block transactions. However, transactions that would be prohibited under E.O. 13959, as amended (including an attempted sale of covered securities by a U.S. person made to effect the divestment of CMIC securities after the 365-day divestment period), must be rejected and reported to OFAC within 10 business days.”

From this statement, it is unclear if Americans must adhere to the 365-day deadline to divest themselves of blacklisted stocks.

The ambiguity of the FAQ has been understood differently by various law firms. Ropes & Gray, a global law firm, interpreted the order as meaning that U.S. investors had to divest of the blacklisted securities by June 3, although it is unclear what the penalty would be should they fail to do so.

In contrast, Norton Rose Fulbright told its clients that the deadline is no longer in force. And this seems consistent with part of the FAQ stating, “U.S. persons are not required to divest their holdings of CMIC securities during the relevant 365-day divestment period and may continue to hold such securities after the divestment period.”

Investment banks also had differing reactions to the executive orders. Morgan Stanley sold off a large number of shares in one of the blacklisted firms, Zhonghang Electronic Measuring, dropping from being the eight largest shareholder to no longer being in the top 10 as of March 31.

Other investment banks and investors have chosen to hold their positions, waiting and seeing how the rules and enforcement play out. However, it is apparent that many investors have decided to divest themselves of the stocks as the shares of Zhonghang and many other blacklisted firms have dropped significantly in value since last June.

While it is unclear when, if ever, Americans must divest themselves of existing shares of blacklisted firms, U.S. entities are barred from purchasing new investments in the CCP’s military-industrial complex under the executive orders. And this prohibition extends to firms working in research with applications for military, intelligence, and security.

As for divestment, Derek Scissors, a Republican appointee to the U.S.-China Economic and Security Review Commission, told Nikkei on June 7 that those who are still holding the blacklisted securities are in a wait-and-see mode.

But some investors were not in a hurry to sell shares that are losing value. Perhaps the holdouts may wind up the winners. Meanwhile, the CCP continues using U.S. money to fund its military modernization. Leading global agency for open-source defense intelligence Janes estimates that the CCP’s defense budget may actually be $58 billion more than the official number, bringing the total to $287.8 billion. And for at least the immediate future, they can rely on U.S. investors to keep footing the bill.