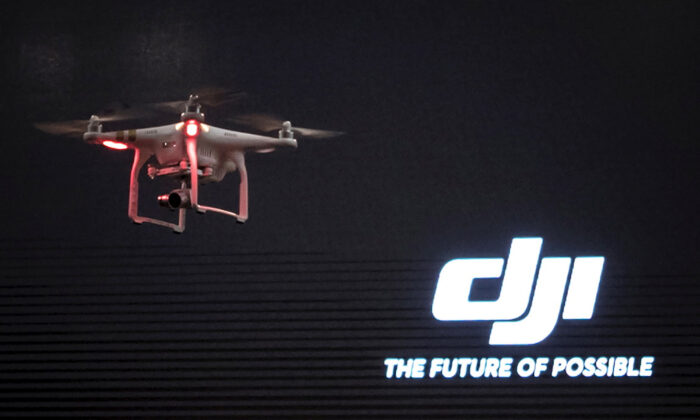 The DJI Phantom 3, a consumer drone, takes flight after it was unveiled at a launch event in Manhattan, New York on April 8, 2015. (Adrees Latif/Reuters)
By Reuters

WASHINGTON—The U.S. Interior Department is grounding its fleet of about 800 Chinese-made drones but will allow their use for emergency situations, the department said on Jan. 29.

The order allows for approved situations for emergency purposes, such as fighting wildfires, search and rescue, and dealing with natural disasters that may threaten life or property.” It also allows for training operations.

China’s SZ DJI Technology Co. Ltd., the world’s largest maker of consumer drones, said in a statement on Wednesday that it is “extremely disappointed” in the Interior’s order.

In May 2019, the U.S. Department of Homeland Security warned U.S. firms of the risks to company data from Chinese-made drones. In a notice, DHS said U.S. officials have “strong concerns about any technology product that takes American data into the territory of an authoritarian state that permits its intelligence services to have unfettered access to that data or otherwise abuses that access.”

The order noted that Interior uses drones for “assessing, collecting, and maintaining information that relates to our critical American energy, transportation, and defense infrastructure.”

Some information collected during drone operations “has the potential to be valuable to foreign entities, organizations, and governments,” it added.