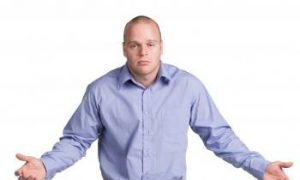 US Interests in Southeast Asia Challenged by China

WASHINGTON—Southeast Asian countries, which have historically been disposed to friendly relations with the United States while being wary of China, are now trading more with China because it is easier. The result has been new barriers to trade with the United States and challenges for U.S. relevance in the region.

This year China surpassed the United States as ASEAN’s third largest trading partner, and they are on pace to become No. 1 very soon, states Walter Lohman, director of Asian Studies Center at the Heritage Foundation, in a report he wrote for Heritage.

“The U.S. cannot underestimate the seriousness of Chinese engagement in the region. The economic trends are real, and Chinese diplomacy in the region is very effective,” he added.

Lohman says the Chinese have learned to roll with the punches, allowing different aspects of their agreements to phase in where possible, “pushing hard when necessary and easing off at others.”

U.S. trade negotiations require that comprehensive, high standards be met in many areas, and that Congress approve agreements before they are signed. In contrast, Chinese negotiators have unilateral ability to negotiate for access to ASEAN markets, and they are much more ad hoc in their approach.

According to a report released by the office of the U.S. Trade Representative, ASEAN-China trade grew from 9 percent to 12 percent between 2005 and 2009, while U.S. trade fell by 3 percent during the same period.

A further increase in trade with China is likely as a China-ASEAN free trade agreement went into full effect last January. The FTA had been phasing in since 2002.

The Obama administration had made Southeast Asia a foreign policy priority since taking office. Hillary Clinton’s first trip overseas as U.S. Secretary of State was to Southeast Asia, and in September, Obama became the first U.S. president to conduct a bilateral meeting with ASEAN leaders.

“American exports to ASEAN countries are growing twice as fast as they are to other regions, so Southeast Asia will be important to reaching my goal of doubling American exports,” said Obama in his published remarks from the U.S.-ASEAN meeting, which was held on the sidelines of the U.N. General Assembly in New York this fall.

The president emphasized that he wants a seat at their table, and has pledged to attend the East Asia Summit (EAS) in 2011. This October, Secretary Clinton got things going by attending the EAS as a guest of the ASEAN chair.

The United States has previously been absent at the many regional dialogues held by ASEAN ministers and leaders.

Areas of U.S. interest in Southeast Asia are broad and far-reaching. With U.S. diplomacy focused primarily on creating ripe conditions for U.S. trade and investment, other areas, such as support for the war on terrorism and regional security interests come second. Areas such as human rights, energy efficiency, agriculture, education, cultural exchange, interfaith dialogue, science and tech, disaster risk management, public health, drugs, and transnational crime are also addressed by the United States.

ASEAN leaders welcome U.S. cooperation, but Lohman says the United States needs to step up its own game considerably.

According to Lohman, the biggest priority for ASEAN right now is trade. “The U.S. cannot have an effective policy in Southeast Asia without a trade policy,” he emphasizes.

Neal Asbury, president of The Legacy Companies, a leading global distributor of quality foodservice equipment, who has lived and operated companies in Southeast Asia for 21 years, is frustrated by the slow pace of American diplomacy. He said in an interview that he is watching opportunities for U.S. trade agreements in ASEAN slip away to China.

“[China is] doing this knowing that it is locking up these markets,” says Asbury.

“If we can’t come to an agreement with ASEAN that was put in place largely by the U.S., with this historic relationship between the U.S. and Southeast Asia that goes back decades and decades to where we were there as the supporters of these nations when they were so concerned about China’s intentions, and now that we are being replaced by China in this marketplace is absolutely bizarre,” he says.

ASEAN is a regional association of 10 countries: Brunei, Cambodia, Indonesia, Laos, Malaysia, Burma, Philippines, Singapore, Thailand, and Vietnam. Collectively, they represent a population of 500 million and $272 billion in US trade. They are currently the fifth largest trading partner with the United States.