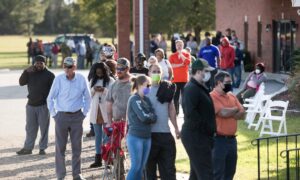 The 2020 Election, a Test for our Freedom
0
Share Now
FacebookTweetParlerEmail
Copy Link 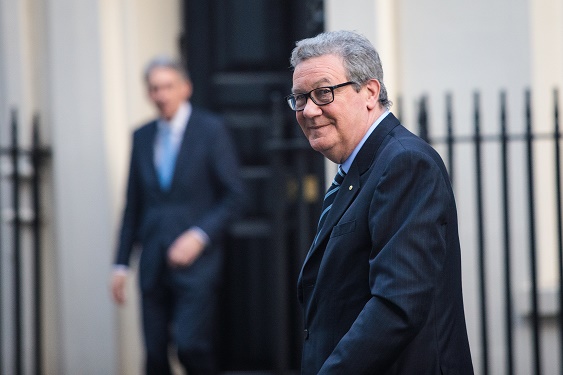 Australian High Commissioner to the United Kingdom Alexander Downer is pictured as he arrives with the Treasurer of Australia Scott Morrison to meet British Chancellor of the Exchequer Philip Hammond (L) at Number 11 Downing Street on Jan. 24, 2017 in London, England. Downer is reported to have elicited information from George Papadopoulos concerning Russia possessing emails from Hillary Clinton. (Jack Taylor/Getty Images)
Viewpoints

US Intelligence Presents: ‘Inception, Too’

In the movie “Inception,” dreams are the crime scene. In dreams, people let down their guard. Their subconscious is susceptible to probe or manipulation. Leveraging shared dreams, con artists can extract information from targets and surreptitiously plant ideas in people’s minds.

“Inception” was generally considered one of the best sci-fi films in the 21 century. Unlike many successful films, “Inception” is without a sequel. Fans took the matter in their own hands: fanfictions of “Inception” flourished.

It turns out that U.S. Intelligence is a fan of “Inception” as well. It wrote its own treatment of inception. Let’s call it “Inception, too.” Information about the story is murky; many plot devices are highly classified. But the ending is always the same: some in the U.S. Intelligence community really hated Trump. They wanted to take him down.

In “Inception, too,” a peripheral figure in Trump campaign, George Papadopoulos, was the target. In 2016, Papadopoulos was 28 years old and worked as an oil and gas consultant. He joined the Trump campaign in March that year as an unpaid foreign policy adviser.

Papadopoulos encountered Joseph Mifsud, a Maltese, during a trip to Italy in March. On April 26, 2016, Mifsud told Papadopoulos in London that Russia had “thousands” of Hillary Clinton’s emails.

Mifsud was said to be close to the Russian government and Putin. However, that could be a smoke screen. Mifsud was seen to hang out with prominent politicians in the United Kingdom, such as Boris Johnson and Theresa May. He was a close associate with Claire Smith of the U.K. Joint Intelligence Committee. They worked together to train diplomats of the Commonwealth countries in a school in Rome. This led some to believe Mifsud actually worked for U.K. Intelligence.

Two weeks after the London meeting, around May 10, Papadopoulos met Alexander Downer, the high commissioner (ambassador) of Australia, in a London bar. Before the meeting, Papadopoulos was introduced through intermediaries (including Mifsud) to a counselor to Downer who serves in Australia’s London embassy. The counselor reached out to Papadopoulos after his interview with the London Times was published, saying Downer wanted a meeting. During the drunken conversation, Papadopoulos boasted about his knowledge of Russians having Hillary Clinton’s emails.

On July 22, 2016, Wikileaks started publishing emails from key figures in the Democratic National Committee. Australia, a member of the “Five Eyes” intelligence alliance, passed Papadopoulos’ Bacchic babblings to the U.S. intelligence. On July 31, the FBI opened a counterintelligence investigation into the Trump-Russia collusion.

To recap, the mysterious Joseph Mifsud planted the idea in Papadopoulos’ head that Russians had Hillary Clinton’s emails. Under the influence of booze, Papadopoulos blurted it out to Alexander Downer, as if he knew the matter first-hand, as though he were a character in “Inception.”The hearsay traveled back to the United States. The FBI moved on the “intel” at unprecedented speed.

“Inception, too” is clumsy, but it accomplished its goal: turn Trump into a Russia colluder. Till this day, Trump is viewed with suspicion by many Democrats, despite Mueller’s probe having turned up absolutely nothing on Trump-Russia collusion.

Papadopoulos pleaded guilty for lying to the FBI in October last year. He may not be the only Trump associate who got set up. Carter Page, another volunteer campaign advisor to Trump, may have been the victim of entrapment by U.S. intelligence as well.

The lead antagonist in “Inception, too”, Joseph Mifsud, vanished. Nobody could locate him, including his Ukraine fiance. He was last heard from on October 31, 2017.