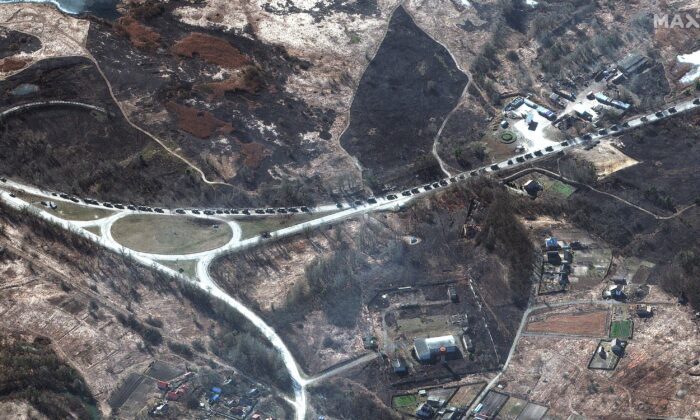 US Defense Official: Russian Troop Morale ‘Is Flagging’ in Some Units

A senior U.S. Department of Defense official told reporters on a call that intelligence has “indications that morale is flagging in some” of the Russian forces’ units.

“We have picked up independently on our own, indications that morale is flagging in some of these units. That they again did not expect the resistance that they were going to get, and that their own morale has suffered as a result,” the official told reporters Tuesday.

A large number of Russian troops that are being used in the invasion of Ukraine are “conscripts” and “very young men drafted into service,” the official added. The official did not say how that intelligence was gathered.

Not all of the Russian troops were fully trained and prepared to go into battle, the official continued to say.

On Tuesday, Russia warned Kyiv residents to flee their homes while hammering the border city of Kharkiv. Some analysts have said that Russian commanders are likely going to shift their tactics after meeting stout resistance from Ukraine’s military.

Satellite photos showed an armored column of tanks and armored vehicles several miles long heading toward the capital. Moscow said that it was planning to hit targets in Kyiv, as Ukrainian Parliamentary officials confirmed that a TV tower in the city was struck.

Residents in the city should evacuate their homes, the Kremlin warned via state-run media, while giving no indication about where those targets were located. Video footage uploaded to social media purported to show strikes occurring in other parts of the city of 3 million people.

“The Russian army is an artillery army primarily, and it looks like they are shifting into war-fighting mode,” Nick Reynolds, a land warfare analyst at RUSI in London, told Reuters. “The failure of the Russians to achieve their goals quickly has galvanized Ukraine[‘s] resistance to them. Really what we are seeing now is the Russian military shifting gears.”

The United States, European Union nations, and other states have levied harsh sanctions and economic penalties against Russia, including targeting its Central Bank and operations via the international SWIFT banking system.

Ukrainian President Volodymyr Zelensky previously said that he is a primary target of Russia’s military, but told the European Parliament on Tuesday that defending Kyiv is “a key priority,” Previously, U.S. Defense officials said Russia’s initial invasion was designed to decapitate the Ukrainian government and military leadership.