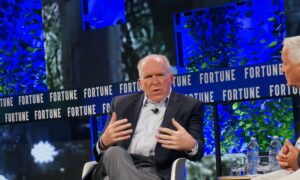 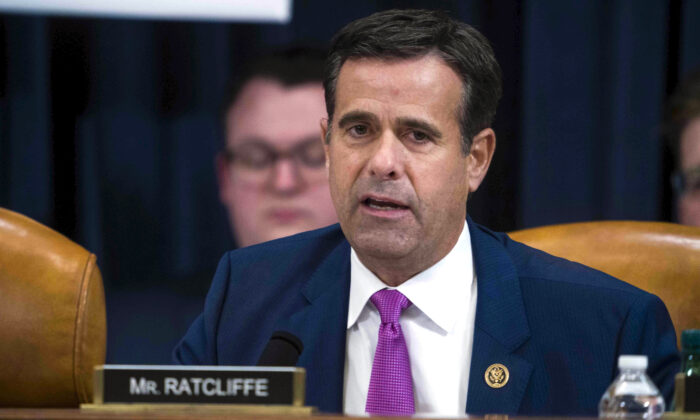 In a letter (pdf) to Thomas Monheim, the acting ICIG, Ratcliffe cited an investigative referral about the assessment sent by Republicans on the House Intelligence Committee to the CIA’s inspector general (CIA IG).

“Since then, the office of the Director of National Intelligence has received numerous requests from senior oversight officials for the intelligence community IG to review whether all portions of the aforementioned ICA adhered to proper analytic tradecraft,” Ratcliffe wrote.

The FBI, CIA, and NSA drafted and published the ICA during the transition period after Trump’s victory in November 2016.

As part of the process, the FBI pushed for and succeeded in including a summary of the infamous and unverified Steele dossier in an annex to the ICA. The dossier, funded by the Clinton campaign, played a crucial role in the FBI’s decision to seek a surveillance warrant on a former Trump campaign foreign policy adviser. The bureau failed to inform a secret court that the dossier was funded by Trump’s election opponent, was sourced from a suspected Russian spy, and may have included Russian disinformation, among other issues.

The Epoch Times reported in May that the CIA IG has taken more than a year to declassify the House Intelligence Committee referral on the ICA.

In their public report (pdf) in March 2018, Republicans on the House Intelligence Committee had already challenged the analytic tradecraft behind the central claim of the ICA and suggested that the process of arriving at the assessment wasn’t free of political interference. The ICA assessed that Russia interfered in the 2016 election to harm Clinton and help Trump.

A separate, classified report holed up at the Office of the CIA Inspector General (IG) sheds damning light on the role then-CIA Director John Brennan played in the preparation of the report, former National Security Council chief of staff Fred Fleitz told The Epoch Times, based on his conversations with House Intelligence Committee staff. A source familiar with the report’s fate wouldn’t deny that the report went to the office of the CIA IG.

The classified report states that Brennan overruled agency analysts who wanted to include strong intelligence in the assessment to show that Russian President Vladimir Putin wanted Hillary Clinton to win the election, Fleitz says, citing conversations with House Intelligence Committee staffers. Brennan also rejected analysts who wanted to strike weak intelligence from the report that suggested that Russia favored Trump, according to Fleitz.

“So Brennan actually slanted this analysis, choosing anti-Trump intelligence and excluding anti-Clinton intelligence,” Fleitz told The Epoch Times in May.