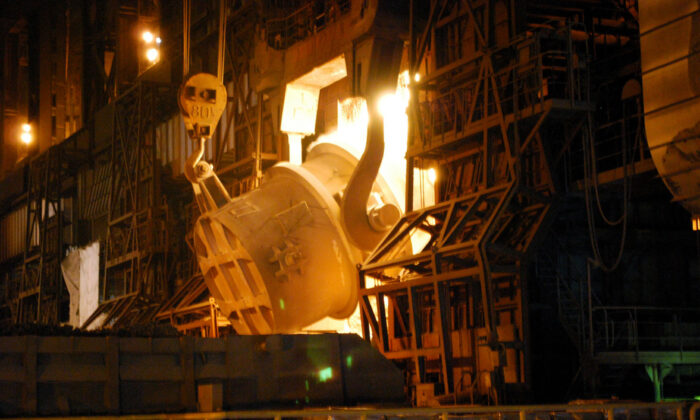 US Industry Leaders Back Biden’s Steel Tariff Agreement With Japan

Some U.S. steel industry leaders have backed the Biden administration’s steel tariff-rate quota agreement with Japan, citing the “melt and pour” provision as one that could help prevent steel sector circumvention.

The agreement will allow up to 1.25 million tons of Japanese steel imports per year into the U.S. market without being subject to Section 232 tariffs, starting on April 1.

The “melt and pour” requirement aims to restrict imports from other nations that use Japan as a transit country. The Steel Manufacturers Association (SMA), the United Steel Workers (USW), and the American Iron and Steel Institute (AISI) stated that such a provision would help to prevent circumvention and transshipment of steel products.

“Melted and poured requirements will ensure that steel imports from Japan are actually produced there, which will help stem circumvention and allow workers in both countries an opportunity to succeed,” USW said in a statement. “Far too many U.S. workers and their communities have fallen victim to the non-market predatory practices of China and other countries.”

The move follows the U.S. tariff exemption on steel and aluminum from the European Union in October 2021. But unlike the EU deal, which added past tariff exclusions to the bloc’s quotas, Japanese steel imported under past tariffs will count against Japan’s quota volumes.

“Overall, this is a strong deal for American steelmakers and it shows that we should not take a one size fits all approach when it comes to our jobs, environment, and economic growth,” Bell said.

The deal restricts Japanese imports to about their two-year average from 2018 and 2019, a level that reflects the impact of Trump’s 25 percent tariffs.

The Trump administration imposed tariffs of 25 percent on steel and 10 percent on aluminum imports from several countries in 2018, including the EU and Japan, citing national security concerns. Aluminum imports will continue to be subject to a 10 percent tariff under the new U.S.–Japan steel tariff agreement.

“Eliminating these tariffs will provide relief for domestic manufacturers and consumers at a time when prices are rising for American families,” trade leaders of the New Democrat Coalition said.

Gina Raimondo, the U.S. commerce secretary, said the U.S.–Japan tariff agreement would help to improve the U.S. steel industry while allowing “more access to cheaper steel” and resolving a “major irritation” between the two countries.

“Today’s announcement builds on the deal we struck with the EU and will further help us rebuild relationships with our allies around the world as we work to fight against China’s unfair trade practices and create a more competitive global economy for America’s families, businesses, and workers,” she said.