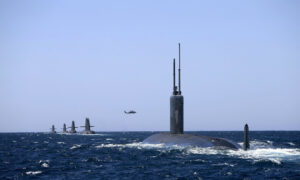 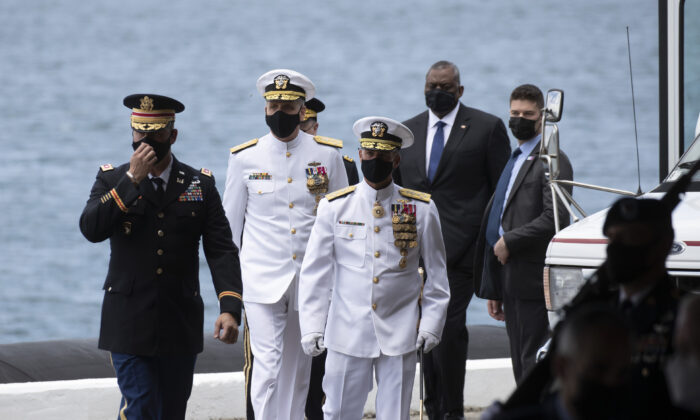 Aquilino said that the spending request is less than 1 percent of the total authorized amount allocated to the Department of Defense, but is “critical for deterring China’s decision calculus,” Foreign Policy reported on June 8.

Portions of the additional spending request will be used for missiles and improving facilities—$231 million will be used to strengthen air defense and missile defense in Guam, because it is within the range of Chinese missiles; $114 million will be used to improve facilities in Alaska and Hawaii to ensure that they can maintain digital communications with U.S. forces and allies conducting military drills in the Western Pacific. Prior to this, the budget proposed by the Indo-Pacific Command was $5.1 billion.

Aquilino sent a letter to the Chairman of the House Armed Services Committee Adam Smith, and other members of Congress last week, emphasizing the importance of increasing funding and proposing plans “to ‘seize the initiative’ by providing a pragmatic and viable approach that deters potential adversaries from unilaterally attempting to change the international rules based order, reassures allies and partners, and shapes the security environment.”

He also warned that the time for Beijing to launch an attack on Taiwan may be sooner than what most people think. He said the Hawaii-based military command needs more resources and troops to respond to the Chinese regime’s possible rapid attack on Taiwan.

Meanwhile on June 8, the Deputy Assistant to the President and Coordinator for Indo-Pacific Affairs on the National Security Council Kurt Campbell, talked about a few key areas of a new strategy to contain the Chinese regime in the region, at an event organized by the Center for a New American Security.

He said the United States is “working closely with allies like Australia, New Zealand, Japan, and others” to assist island nations in the Pacific, especially in South Pacific, where the competition for influence between China, the United States, and allies has intensified in recent years.

He added that the Quad bloc—the Quadrilateral Security Dialogue composed of the United States, Japan, India, and Australia—would have another leaders’ meeting later this year, and it is open to other countries that have shown “interest” in joining the group to deal with the security threats posed by the Chinese regime in Asia Pacific.

Campbell emphasized that the United States is committed to continuing to provide defensive articles to Taiwan, but he also reminded Taiwan to take measures to step up its own defense capabilities.

Campbell said that China has only itself to blame for a global backlash against its policies, including the militarization of artificial islands in the South China Sea, and its aggressive approach to global diplomacy, which Beijing’s foreign policy establishments know. However, he asked, “But is that getting through to the most inner-circle in the Chinese leadership? I think that’s a question we can’t answer.”