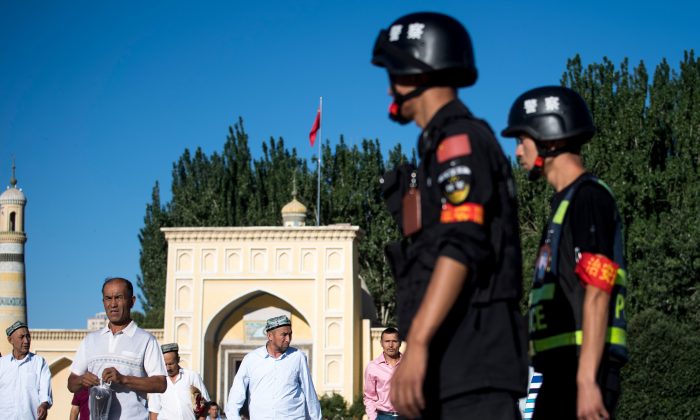 WASHINGTON—The United States has imposed visa restrictions on Chinese government and Communist Party officials it believes responsible for the detention or abuse of Muslim minorities in Xinjiang, the U.S. State Department said on Oct. 8.

U.S. officials previously said the Trump administration was considering sanctions against officials linked to China’s persecution of Muslims. One such official is Xinjiang Party Secretary Chen Quanguo, who, as a member of the powerful politburo, is in the upper echelons of China’s leadership.

The State Department announcement didn’t name the officials subject to the visa restrictions.

“The United States calls on the People’s Republic of China to immediately end its campaign of repression in Xinjiang, release all those arbitrarily detained, and cease efforts to coerce members of Chinese Muslim minority groups residing abroad to return to China to face an uncertain fate,” Pompeo said.

By Eric Beech and David Shepardson