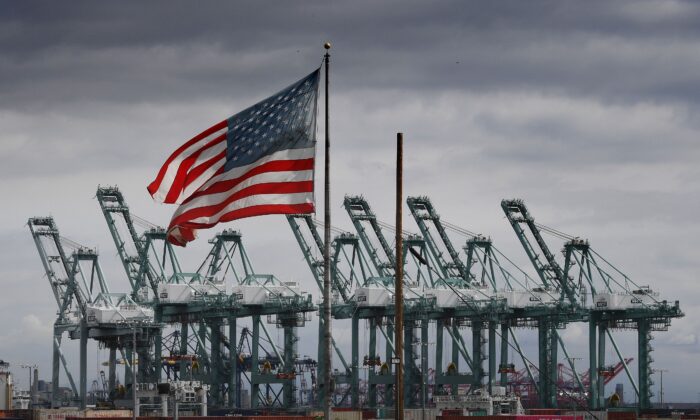 The United States stated on April 28 it will impose new restrictions on exports to China to keep semiconductor production equipment and other technology away from Beijing’s military.

The new rules will require licenses for U.S. companies to sell certain items to companies in China that support the military, even if the products are for civilian use. They also do away with a civilian exception that allows certain U.S. technology to be exported without a license.

They come as relations between the United States and China have deteriorated amid the new CCP (Chinese Communist Party) virus outbreak.

The rules, which were published in the Federal Register on April 28, could hurt the semiconductor industry and sales of civil aviation parts and components to China.

The changes, which also expand the universe of items requiring licenses, affect Russia and Venezuela, too, but the biggest impact will be on trade with China.

“It is important to consider the ramifications of doing business with countries that have histories of diverting goods purchased from U.S. companies for military applications,” Commerce Secretary Wilbur Ross said in a statement.

Washington trade lawyer Kevin Wolf said the rule changes for China are in response to its policy of military-civil fusion: finding military applications for civilian items.

He said the regulatory definitions of military use and user are broad and go beyond purchases by entities such as the People’s Liberation Army.

For example, Wolf said, if a car company in China repairs a military vehicle, that car company may now be a military end-user, even if the item being exported is for another part of the business.

The rule change also requires that U.S. companies file declarations for all exports to China, Russia, and Venezuela regardless of value.

“Obviously this is intended to give the U.S. government more visibility into the types of goods U.S. exporters send to these countries and their customers,” said Washington trade lawyer Doug Jacobson.

Another rule change involves eliminating civilian license exceptions for Chinese importers and Chinese nationals, as well as other countries, including Ukraine and Russia. The exceptions have applied to certain integrated circuits, telecommunications equipment, radar, high-end computers, and other items.

The administration also posted a third proposed rule change that would force foreign companies shipping certain American goods to China to seek approval not only from their own governments but from the United States as well.

The Commerce Department does not know the economic impact of imposing the re-export license, and will allow a comment period to gather information on the proposed change, a representative said.

The tightened restrictions have been in the works since at least 2019, but senior U.S. officials agreed to move ahead with them in late March, as Reuters reported earlier this month.

John Neuffer, president and chief executive of the Semiconductor Industry Association, said the industry was concerned the broad rules will “unnecessarily expand export controls for semiconductors and create further uncertainty for our industry during this time of unprecedented global economic turmoil.”