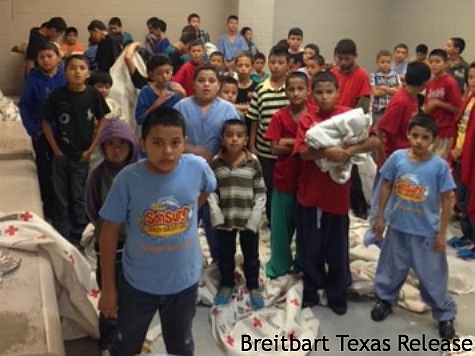 US Immigration System in Crisis as Deportation Policies Seem to Relax

“The thing about the immigration court system in general is that it’s very inundated, it’s very backed up,” said Nicholas Mireles, Managing Attorney at the JCS Immigration Law Office in Los Angeles.

Immigrant families and unaccompanied minors have been flooding across the border over the last few months, spurred on by rumors in Central America that parents with children entering the United States illegally are allowed to stay.

Overwhelmed, U.S. immigration authorities, with nowhere to put the families, have been dropping them off at Greyhound bus stations with notices to appear in court, or flying them to other states for processing. They have opened shelters on military bases in Texas and California.

The government spent about $2 billion on immigration detention in 2013. But detention centers are only for adults. In Nogales, Ariz., immigration authorities had to place hundreds of foreign children in a makeshift holding center while Health and Human Services found places for them.

In addition, the United States Citizenship and Immigration Services (USCIS) has not responded to complaints from rights advocates about the new, stricter guidelines in the asylum process, which squeeze out many who may have otherwise been qualified.

The problems and issues are numerous. Yet as the extent of the crisis becomes clearer, Nicholas Mireles, who provides free immigration consultation in Los Angeles, believes the situation is improving.

He cites many allowances for the most vulnerable illegal immigrants to stay in the United States for at least a period of time.

Emergency medical allowances can be given to those who are sick or pregnant. A form called the I-601 waiver grants those who would otherwise be deported access to the immigration process. However, an immediate relative must be a U.S. citizen or permanent resident, and it must be shown that this relative would suffer extreme hardship if the immigrant applicant were to be deported or if the whole family had to move out of the country in order to be together.

Another policy called Parole in Place allows some undocumented relatives of U.S. military members and veterans to stay in the United States legally while they go through the system.

“It’s one of those things where, as it’s getting better, there’s always going to be something to complain about,” Mireles said.

He also said the implementation of these policies varies from place to place around the country, depending on a particular office, a particular immigration officer, and a particular day.

Mireles believes comprehensive immigration has been slow, but is something that will happen.

“We’re kind of seeing a slow progression in the right direction as far as justice and human-minded policy, as opposed to this kind of black and white theory being put into effect,” he said.

But as the U.S. government seems more lenient, more people will continue to come. And how to deal with the increasing amount of illegal immigrants may be the most important issue that will need to be addressed.