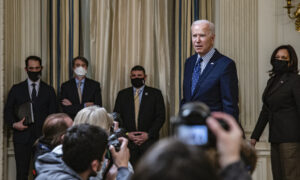 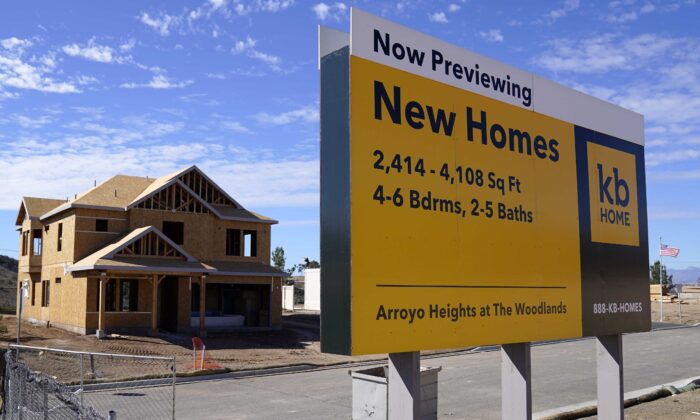 WASHINGTON—U.S. homebuilding dropped to a six-month low in February as severe cold gripped many parts of the country, in a setback for a housing market that remains supported by extremely lean inventories amid strong demand for larger homes.

Housing starts fell 10.3 percent to a seasonally adjusted annual rate of 1.421 million units last month, the lowest level since last August, the Commerce Department said on March 17. Economists polled by Reuters had forecast starts would decrease to a rate of 1.560 million units in February.

The deep freeze, which was most severe in Texas and other parts of the densely populated South region in the second half of February, dented retail sales and output at factories.

Housing starts fell in the Northeast, Midwest, and South, but increased in the West. Permits for future home construction tumbled 10.8 percent to a rate of 1.682 million units last month.

The year-long COVID-19 pandemic has shifted demand toward bigger and more expensive houses as millions of Americans continue to work and remote schooling remains in place.

But challenges for the housing market, one of the main drivers of the economic recovery, are mounting. The 30-year fixed-rate mortgage has risen to an eight-month high of 3.05 percent, according to data from mortgage finance agency Freddie Mac.

Supply disruptions because of coronavirus-related restrictions are driving up commodity prices, including softwood lumber, which surged a record 79.7 percent in February on a year-on-year basis. According to a survey from the Associated General Contractors of America, manufacturers have hiked drywall prices by 20 percent effective late March or the beginning of April.

A survey on Tuesday showed confidence among single-family homebuilders dipped in March, despite strong buyer traffic, amid worries over rising material costs and delivery times, especially for softwood lumber.