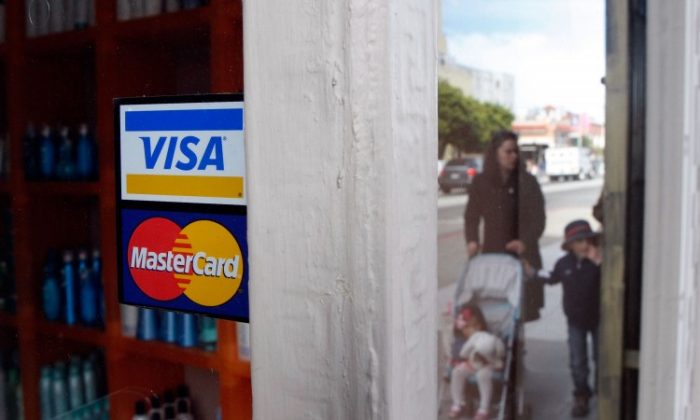 According to the Quarterly Report on Household Debt and Credit, household borrowing surged by $266 billion, or 1.7 percent, in the first quarter to $15.84 trillion. The report found that balances are now $1.7 trillion higher compared to the end of 2019.

Most of the credit and debt increase was driven by growing mortgage balances, advancing by $250 billion in the first three months of 2022. At the end of March, total mortgage debt stood at $11.18 trillion. Balances on home equity lines of credit were relatively unchanged, standing at $317 billion.

The FRBNY’s Center for Microeconomic Data also reported that credit card balances tumbled by $15 billion during the January to March period to $841 billion. But the credit card debt total was still $71 billion (9 percent) higher year-over-year.

Student loan debt swelled by $14 billion in the first quarter, raising the annual increase to 6.5 percent. In total, student debt stood at $1.59 trillion.

“The first quarter of 2022 saw an increase in mortgage and auto loan balances coupled with a typical seasonal decrease in credit card balances,” Andrew Haughwout, director of the household and public policy research division at the New York Fed, said in a statement.

“However, mortgage originations declined from the historically high volumes seen in 2021, reflecting an unwinding in the demand for refinances.”

First-quarter serious delinquency rates, which are 90 days or more overdue, were down for nearly all debt categories on an annualized basis. Student loan debt delinquencies had edged up by 0.03 percent to 1.05 percent.

In a separate U.S. central bank report, consumer credit soared by $52.43 billion in March, topping the market forecast of $25 billion. This represented the largest monthly increase in consumer credit since December 2010. Compared to the same time a year ago, consumer credit jumped by 14 percent.

“While higher inflation is leading to higher spending it is clear consumer strength goes beyond this, with aggregate spending growth exceeding current U.S. consumer price inflation of 8.5% in March,” the Bank of America report reads. “The strength of the labor market is likely alleviating some of the pain of higher prices for those on lower incomes.”

As the economy adopts a rising-rate environment, there’s a growing concern over debt-servicing payments. Since the Fed raising interest rates affects credit markets and consumer debt levels are on the rise, payments are forecast to surge.

A recent WalletHub study projected that the latest Fed rate hike would result in an extra $3.3 billion in interest on credit card debt this year.

According to consumer financial services firm Bankrate, federal student loan rates will rise to pre-pandemic levels in 2022 and 2023. For example, undergraduate loans will advance to 4.99 percent, up from 3.73 percent.

“Every May, federal student loans are given a new fixed interest rate for the upcoming school year,” the firm’s website reads. “These rates are calculated by combining the high yield on the 10-year Treasury note with a fixed congressional premium of 2.05 percent.”

For credit cards, Bankrate forecasts that the average interest rate will top 18 percent by year’s end, up from the current level of 16.41 percent. The previous record was 17.87 percent in April 2019.

Consumers believe that the change in interest rates could make it harder to get credit. The New York Fed’s Survey of Consumer Expectations in April found that more than half (52 percent) of consumers say it will be much or somewhat harder to obtain credit over the next 12 months.

The same study found that one-quarter of consumers think their household financial situation will be somewhat worse off next year.

The IBD/TIPP Economic Optimism Index tumbled to 41.2 in May, down from 45.5 in April. The six-month economic outlook among consumers slumped to an 11-year low of 33.2.

But the University of Michigan Consumer Sentiment Index is forecast to weaken slightly in May.

“Though the labor market remains sturdy, we expect sentiment to continue to plumb the recent low readings on the back of high inflation and weakness in asset prices,” Deutsche Bank wrote in a research note. “That said, we will also pay close attention to what consumers are saying about the inflation outlook given that they are an input into the Fed’s index of common inflation expectations (CIE).”

The National Federation of Independent Business (NFIB) Optimism Index was unchanged at 93.2 in April. More business owners anticipate conditions to deteriorate over the next six months. At the same time, the percentage of companies raising prices to ease inflation pressures eased from an all-time high in March.

“Small business owners are struggling to deal with inflation pressures,” NFIB Chief Economist Bill Dunkelberg in a statement. “The labor supply is not responding strongly to small businesses’ high wage offers and the impact of inflation has significantly disrupted business operations.”

Public expectations for the level of inflation a year from now remain high at 6.3 percent, according to the New York Fed’s April survey.