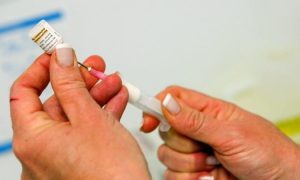 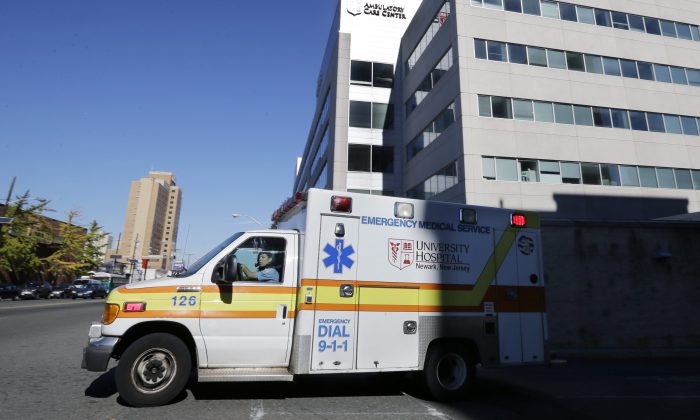 An ambulance drives near University Hospital of Newark in Newark, N.J. on Oct. 27, 2014. (Mel Evans/AP Photo)
US News

U.S. hospitals are now required to list the prices of medical services online and update them annually, under a rule change that went into effect Jan. 1.

Previously, hospitals only needed to provide standard pricing to people and to make it available upon request.

The updated guidelines, announced in August, require hospitals to list their prices online in a machine-readable format, according to the Centers for Medicare and Medicaid Services. The rule also mandates that they update the information at least once a year, or more often if the prices change.

This is part of the Trump administration’s push to increase transparency in the health care industry and drive patient involvement in health care decisions.

“We know today people are not necessarily satisfied with the experience that they’re having because it’s not always clear what their costs are, what the value of their care is,” CMS Administrator Seema Verma said in a Nov. 27 speech at the American Enterprise Institute (AEI).

“This is a small step towards providing our beneficiaries with price transparency, but our work in this area is only just beginning,” she said in a speech in July at the Commonwealth Club of California.

Critics argue that these prices won’t mean much to patients because it doesn’t reflect what they will be paying after insurance.

“Price transparency has been a longstanding issue for uninsured patients, but growing enrollment in plans with higher levels of deductibles and coinsurance is creating a greater demand for meaningful price information for insured patients as well,” the American Hospital Association (AHA) said in a statement.

The AHA also says that because hospital care is “specifically tailored to the needs of each patient,” prices vary widely for the same service.

And even Verma acknowledged that price transparency isn’t that useful as the end goal.

“Having data doesn’t necessarily mean that it’s going to be actionable,” she said at AEI. “Our challenge at CMS is first of all putting data out there … the real challenge will be to make sure it’s actionable.”

AHA did say it supports the administration’s goal of making costs more readily available to patients, and that its members would “stand ready to work with policymakers on innovative ways to build on efforts already occurring at the state level.”

A 2017 study from Duke University found that most people searching online for how much they’d pay for a medical procedure couldn’t find accurate pricing.

“Our findings really underline how difficult it can be to find the information patients need to be informed consumers,” fourth-year medical student Allison Kratka, the first author on the study, said in a press release. “It is labor intensive to find the sites, many require subscriptions, and the reliability of the pricing information contained in the sites is difficult to assess.”

“There is a disconnect between policies that seek to encourage people to be smarter consumers and the availability of information that allows them to make the most cost-effective decisions,” added Peter Ubel, a professor at Duke University’s Fuqua School of Business. “Policymakers who want consumers to participate in controlling costs need to ensure that prices are available to the average person.”

The study was published as a research letter in the medical journal JAMA Internal Medicine in December 2017.