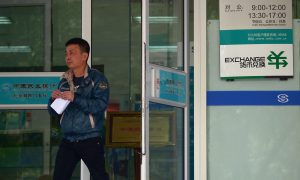 Another Brick in the Wall: China Demands Source Code and Back Doors for Bank Computers
0
Share Now
FacebookTweetParlerEmail
Copy Link 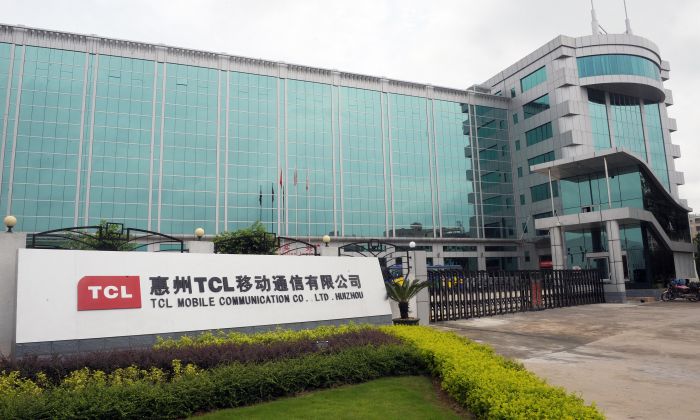 The U.S. Department of Homeland Security (DHS) Acting Secretary Chad F. Wolf revealed that backdoors had been installed in all the TV sets made by Chinese manufacturer TCL, and that the department was reviewing the company’s activities. Wolf added that the DHS would soon issue a related business advisory to warn against using data services and equipment from firms that are linked to the Chinese regime.

During a speech given at the Washington-based think tank Heritage Foundation on Dec. 21, Wolf made the shocking revelation: “This year it was discovered that TCL incorporated backdoors into all of its TV sets, exposing users to cyber breaches and data exfiltration.”

The following day, in a notice announced on the Hong Kong Stock Exchange, where TCL is traded, the company said it had seen the media reports about U.S. authorities’ investigation but has not yet received any notification from them.

TCL Electronics Holdings is an electronics and electrical appliance manufacturing company headquartered in Huizhou city, Guangdong Province, China. It produces mobile phones, computers, household appliances, electrical lighting, and flat-panel TVs and sells them both in and outside of China.

TCL is the world’s third-largest television manufacturer by market share.

Sales of TCL TV sets in the United States have steadily increased in recent years. Despite the COVID-19 pandemic, TCL’s market share grew to 15.4 percent of the U.S. retail market in the first quarter of 2020, according to market research firm NPD Group.

Wolf pointed out the company’s close ties with the Chinese regime in his remarks. “TCL also receives CCP [Chinese Communist Party] state support to compete in the global electronics market,” he said.

According to Chinese state media reports, TCL received $560 million yuan (about $85.5 million) in Chinese government subsidies in the first half of 2014. That value was equivalent to 24.33 percent of its revenue in the first half of that year. The government funding was mainly to support TCL’s development and manufacturing of LCD panel TV sets, according to media reports.

And according to a 2014 Beijing News report, TCL receives hundreds of millions of yuan in subsidies every year, with a record 2.2 billion yuan in 2013.

In 2019, TCL announced that it will invest 80 billion yuan (about $1.22 billion) in the next three years in developing semiconductors and artificial intelligence, including with funding from the local government.

TCL is also involved in China’s military industry and development, according to a 2004 report by Chinese business magazine 21st Century Business. That year, TCL founder Tomson Dongsheng Li, who is also a CCP member and delegate to the Party’s rubber-stamp legislature, signed a letter of intent for “military-civilian cooperation” with state-owned firm Southwest Computer Co.

Southwest Computer Co. is a scientific research and production base for developing electronic military equipment.

Li said in the 2004 article, “TCL will use its R&D platform and human resources at home and abroad to extensively learn advanced foreign electronic information technology, in order to promote the development of China’s military equipment.”

On Dec.16, 2004, an exchange event called the “military-civilian integration seminar” was held in Chongqing city. According to media reports, Li emphasized TCL’s technical advantages in the information technology industry: “national defense and military products mainly rely on national industries, and TCL, as a large Chinese enterprise, should bear the responsibility.”

Beijing’s “military-civil fusion” strategy has been placed on notice by the Trump administration, which notes that the CCP acquires intellectual property in order to fuel its military advances.

Recently, the United States also increased sanctions on Chinese companies with links to the CCP’s military.

The Department of Commerce published its first “military end users” trade blacklist with 58 Chinese companies on Dec. 21. Entities on the list will be restricted from purchasing U.S. products and technologies.