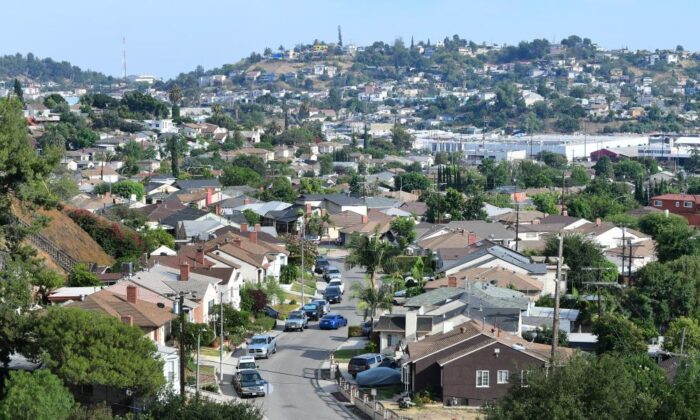 US Home-Purchase Cancellations in July Soar as Buyers Pull Back

New data on home-purchase agreements in the United States for July showed an increasing numbers of buyers canceling housing deals, as higher interest rates tanked the market, according to Redfin.

Many buyers are continuing to pull away from the housing market amid rising borrowing costs since rates went up in the first quarter of 2022.

About 63,000 home-purchase agreements nationwide were canceled in July, equal to 16.1 percent of homes that went under contract that month, the highest rate in more than two years, with the exceptions of March and April 2020, when arrival of the pandemic brought the housing market nearly to a halt.

The July figures are up from a revised rate of 15 percent in June and 12.5 percent for the same month in 2021, when the market was running strong.

Redfin analysis is based off of MLS (multiple listing service) data going back through 2017.

The Federal Reserve’s efforts to control inflation by increasing interest rates has dramatically cooled down a once-hot buyers’ market.

Mortgage costs have jumped due to the higher interest rates, pushing many potential buyers out of the property market after the sudden jump in borrowing costs.

As competition declines, many buyers who can afford the higher costs have leveraged bargaining power, compared with last year, when competition led to bidding wars.

“Homes are sitting on the market longer now, so buyers realize they have more options and more room to negotiate. They’re asking for repairs, concessions, and contingencies, and if sellers say no, they’re backing out and moving on because they’re confident they can find something better,” said Heather Kruayai, a Redfin real estate agent in Jacksonville, Fla.

“Buyers are also skittish because they’re afraid a potential recession could cause home prices to drop. They don’t want to end up in a situation where they purchase a home and it’s worth $200,000 less in two years. So some are opting to wait in hopes of buying when prices are lower,” she added.

Jacksonville saw the highest percentage of U.S. home cancellations across the 93 metropolitan areas analyzed in the survey.

At least 800 deals were called off in July, amounting to 29 percent of homes under contract in Jacksonville that month.

The number of cancellations was followed by Las Vegas, Nev., and Lakeland, Fla., at 27 percent and 26 percent, respectively.

Florida, which was the most popular state for homebuyers during the pandemic, saw six of its cities experience most of the cancelations in July

Many homebuyers from the Northeast relocated to Florida during the pandemic, due to less COVID-19 restrictions, safety, lower taxes, and more outdoor space, with the state witnessing the highest spikes in home prices in the United States.

Newark, N.J., had the lowest rate of contract cancellations, with 2.7 percent of homes that went into contract in July falling through, while New York City also ranked low, at 7.1 percent.

Some buyers also may be backing out due to mortgage rates now above 5 percent, while those who began their search months ago, when rates were closer to 3 percent, may be pulling out now that their desired property is out of their range, as monthly mortgage payments rose nearly 40 percent from last year.

“Home-purchase cancellations may begin to taper off as sellers get used to a slower-paced market,” said Taylor Marr, Redfin’s deputy chief economist.

“Sellers have already begun to lower their prices after putting their homes on the market. They’ll likely start pricing their properties lower from the get-go and become increasingly open to negotiations.”