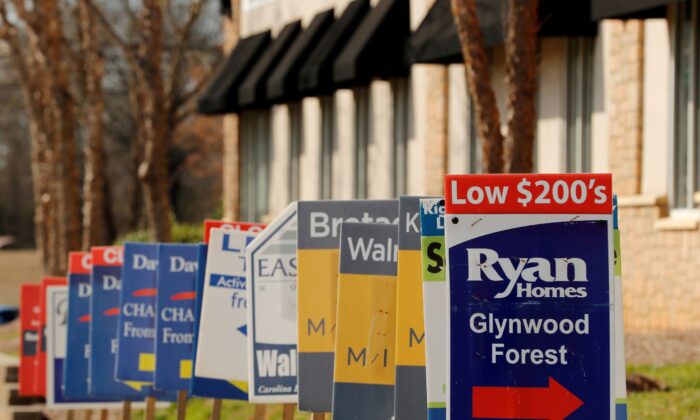 US Home Prices Rose at Highest Pace on Record in 3rd Quarter: FHFA

U.S. house prices rose in the third quarter at their fastest over-the-year pace on record, according to a new report from the Federal Housing Finance Agency (FHFA).

“House price appreciation reached its highest historical level in the quarterly series,” William Doerner, Supervisory Economist at FHFA’s Division of Research and Statistics, said in a statement. “Compared to a year ago, annual gains have increased in every state and metro area.”

On a quarter-over-quarter basis, house prices rose 4.2 percent in the third quarter, a downtick from the previous quarter’s record-setting 5.07 percent pace of growth.

On a month-over-month basis, house prices rose 0.9 percent in September, a slower pace than in the past few months.

Separate housing data from S&P DJI showed a slight slowdown in home prices in September from the prior month. The S&P CoreLogic Case-Shiller U.S. National Home Price NSA Index, which covers all nine U.S. census divisions, rose 19.5 percent in the 12 months through September, down from 19.8 percent in August.

“If I had to choose only one word to describe September 2021’s housing price data, the word would be ‘deceleration,’ Craig J. Lazzara, Managing Director at S&P DJI, said in a statement.  “Housing prices continued to show remarkable strength in September, though the pace of price increases declined slightly.”

The Case-Shiller composite indexes—the 10-city and 20-city gauges—rose by an over-the-year 17.8 percent and 19.1 percent respectively in September, a slightly slower pace than in August.

“All 20 cities saw price increases in September, and all 20 cities stand at their all-time highs,” Lazzara said.

Demand for housing shot up early in the pandemic as Americans sought out less densely populated areas in a hunt for bigger homes to accommodate online schooling and working from home.

While the buying spree has cooled somewhat as workers return to offices and schools reopened for in-person learning, Lawrence Yun, chief economist at the National Association of Realtors (NAR) said in a statement that total annual housing sales in 2021 are on track for their best showing in more than a decade.

“The notable gain in October assures that total existing-home sales in 2021 will exceed 6 million, which will shape up to be the best performance in 15 years,” Yun said, commenting on a Nov. 29 report from NAR that showed U.S. pending home sales up sharply in October, beating forecasts and reversing a September decline as prospective homebuyers sought to lock in sales before an anticipated rise in mortgage rates and fast-rising rents.