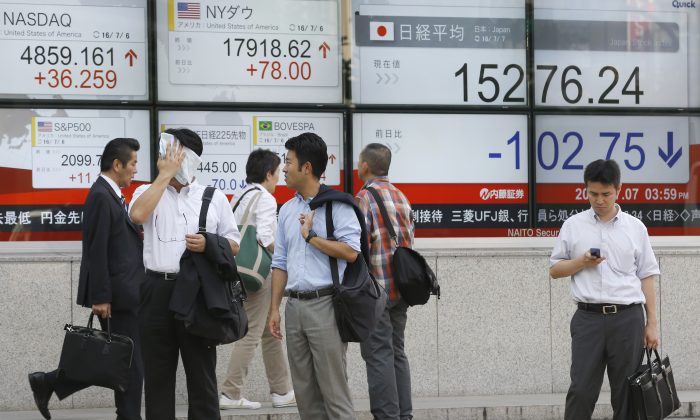 US Helps Give European Markets a Lift Despite Brexit Fears

LONDON—European stock markets rallied Thursday after some solid U.S. economic data and growing expectations that the Federal Reserve may hold off from raising interest rates this year in light of Britain’s decision to vote to leave the European Union.

US DRIVER: The solid tone in Europe was largely stoked by developments in the U.S. in the run-up to Friday’s nonfarm payrolls data, which usually have the potential of driving market activity for a week or two after their release. Though the U.S. economy appears to be in fairly rosy shape, the Fed is not expected to raise interest rates again soon. Minutes to its last meeting showed that policymakers thought it would be wise to delay a hike until more data showed whether May’s anemic U.S. hiring report was a blip or the start of a trend. Officials also worried about the outcome of Britain’s vote to leave the European Union, so-called Brexit, which had not yet been held when they met June 14-15.

ANALYST TAKE: “The Brexit vote alone is likely to deter them from raising rates until at least the end of the year as they wait to see what the knock on effects will be, both from an economic and financial markets perspective,” said Craig Erlam, senior market analyst at OANDA.