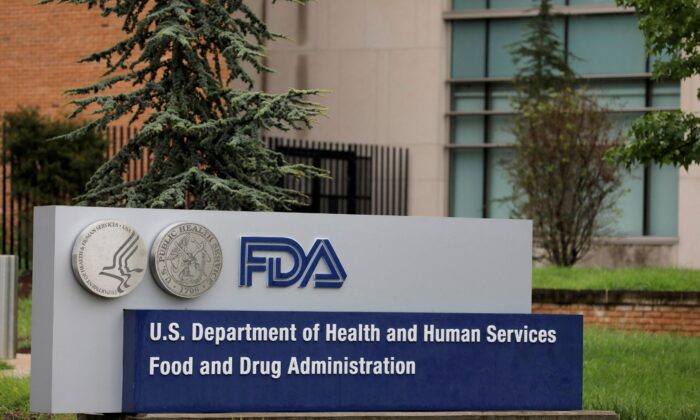 Signage is seen outside of the Food and Drug Administration (FDA) headquarters in White Oak, Md., on Aug. 29, 2020. (Andrew Kelly/Reuters)
Companies

The U.S. health regulator has issued a warning letter to Medtronic Plc, highlighting certain concerns related to medical device quality management at its diabetes business, the company said on Wednesday.

Medtronic’s shares were down 6 percent at $104.95 in early trading, hitting their lowest in over a year.

The Food and Drug Administration’s (FDA) letter focused on inadequacies in areas including risk assessment, complaint handling, and device recalls at Medtronic’s facility in Northridge, California, the company said.

The company is speedily addressing the FDA’s concerns and reviewing its actions with the agency, it added.

Medtronic, in a filing, said it did not expect an impact to its third-quarter or full-year 2022 adjusted profit outlook issued previously.

However, at the diabetes unit, it has forecast a decline in organic revenue citing uncertainty on timing of U.S. product approvals, among other things. For the unit, it expects a decline in the high-single digit range for the third quarter and mid-single digits range for fiscal 2022, compared with previous guidance of mid-single, and low-single digit declines respectively.

“The hit to financials isn’t great, but worse is likely the hit to investor sentiment,” said J.P. Morgan analyst Robbie Marcus, adding that Medrontic’s diabetes unit was already lagging behind rivals, and the warning letter is likely to exacerbate the problem.

Medtronic said the letter, received earlier this month, followed an inspection in July related to recalls of MiniMed 600 insulin infusion pumps and a remote controller device for certain other pumps.

The medical device maker in 2019 had initiated a recall of the MiniMed 600 pumps used by diabetes patients to replace those with damaged or missing clear retainer rings which lock a cartridge holding the insulin into the pump.

The company had later announced it would replace all pumps with clear retainer rings with another design, regardless of whether they were damaged or not.