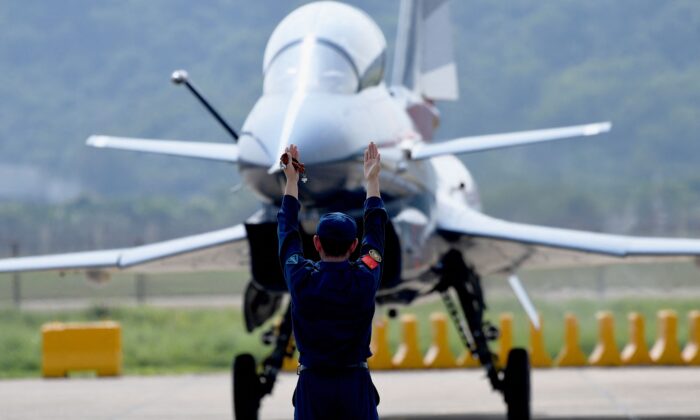 There is a strong case that a new cold war is brewing between the United States on one side, and China with Russia on the other, according to a retired U.S. Army Lt. Colonel.

Having served as a “Cold Warrior” during the last decades of geopolitical tension between the United States and the former Soviet Union, Robert Maginnis said that today’s adversarial, power-grabbing nature of the Chinese regime and its alliance with Russia remind him of what he witnessed first-hand with the rise of the Soviet Union.

“I have seen this before and now I’m seeing it again,” he told The Epoch Times.

Analysts have been making this comparison since the latter stage of the Trump administration when the United States started taking increasingly tougher actions to combat a range of threats posed by the Chinese communist regime.

The Biden administration has broadly continued to confront the regime over its aggressions, placing an emphasis on building alliances to present a unified front in countering Beijing. In September, the United States, Britain, and Australia launched a new security partnership, known as “AUKUS,” focusing on the Indo-Pacific, a move widely viewed as an effort to target the regime’s military assertiveness in the region.

U.N. Secretary-General Antonio Guterres recently suggested the United States and Chinese regime mend their “completely dysfunctional” relationship, warning of the alternative of a potential new cold war. In response, White House press secretary Jen Psaki affirmed that the United States was not looking for a cold war with Beijing, and characterized the relationship as “not one of conflict, but of competition.”

Rep. Mike Gallagher (R-Wis.) disagreed, contending that the United States “is in the early stages of a new cold war with China.”

With regard to the AUKUS partnership that saw the United States and the UK support Australia’s acquisition of nuclear-powered submarines, Maginnis said, “an alliance with the Aussies is not particularly surprising.” He considers Australia to be “a solid ally” in the southern Pacific with a “very good foothold through the region.”

The deal drew anger from France, which ended up losing out on an earlier agreement signed in 2016 to provide Australia with submarines. There were ongoing concerns about delays, cost overruns, and major questions about whether the submarine would meet Australia’s defense requirements, which had been publicly debated for years.

Nevertheless, the diplomatic fallout has caused some analysts to suggest a widening rift between Anglophone countries and Europe in their approach to China.

Dan Steiner, a retired U.S. Air Force colonel and global strategist, said there appears to be a “lack of vision” inside the Biden administration with regard to foreign policy, but added the AUKUS partnership could be a small indication of what’s to come.

Maginnis and Steiner agreed that there are similarities between the North Atlantic Treaty Organization (NATO) and what the United States is forming under AUKUS. Maginnis pointed out, “NATO was a very concerted, synchronized effort to challenge the Soviet Union’s expansion into the rest of Europe.” Both retired military officers said AUKUS is the beginning of the United States trying to form a “NATO version in Asia” to counter the Chinese regime.

Shortly after the launch of AUKUS, President Joe Biden hosted a summit in Washington with leaders from Japan, India, and Australia. The Quadrilateral Security Dialogue, also known as the Quad, similarly seeks to address the Chinese regime’s growing military and economic might in the Indo-Pacific region, analysts say.

Between AUKUS and the Quad, Steiner said the Chinese Communist Party (CCP) can make a good argument that the United States is abandoning Europe unlike in the days of old.

“The Chinese regime is able to say the AUKUS deal and Quad meeting are just indictive that the U.S. doesn’t care about Europe or NATO anymore,” Steiner said.

Accordingly, the Chinese regime will leverage the fracture that has taken place between the United States and France to suit their agenda, he said. “They are telling the world, you can’t trust the United States, and they’re going to continue to push the story that the U.S. is shifting away from Europe.”

To Steiner, it is clear that the United States is attempting to realign itself with partners that are more capable of dealing with the CCP.

Barriers to the New Alliance

Steiner said there are barriers to forming such an alliance, suggesting “the CCP realizes that many of the nations the U.S. would attempt to form an alliance with are already addicted to China’s economic spider trap.”

The regime has its “tentacles in most of the nations” that the United States would try to align with in Asia, and these include Indonesia, Japan, South Korea, and Vietnam, according to Steiner.

In contrast, he said, the countries that originally joined NATO in 1949 had no financial or economic ties to the Soviet Union.

“It’s going to be far more difficult to form an Asian version of NATO than it was to form NATO at the end of World War II,” he said.

To Maginnis, the bourgeoning alliances are “ganging up against an explosive Chinese military” in recognition of the growing threat posed by the CCP.

“The Chinese regime considers the United States their enemy, [adding that] the military posture of both the Chinese and the Russians is exploding around the world,” he said.

The CCP is coming close to the point of being able to challenge the United States in the nuclear sphere, Maginnis said, pointing to mid-year reports about the construction of nearly 120 new missile silos near the northwestern city of Yumen, and another 110 silos in the far western Xinjiang region.

As the threat from the CCP builds, Maginnis said the alliance relationship between the Chinese regime and Russia also becomes a growing concern, heightening the prospect of a new cold war. Their first joint naval drill occurred in 2017, and more recently, he said, “China and Russia are also aligning their positions in Afghanistan.”

The Chinese regime is expanding its influence all over the world, Maginnis said. “It’s unlike anything seen in the past.”