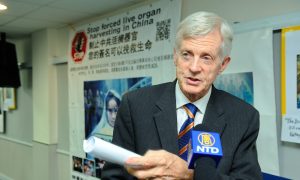 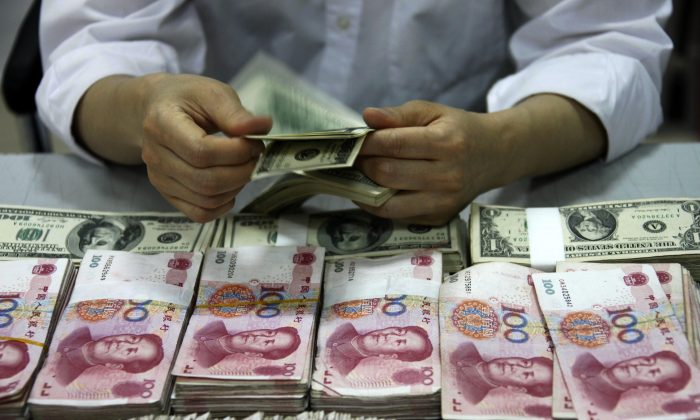 US Has Decision to Make on Asia Trade

As China continues currency deflation, will US act?
By Fan Yu
biggersmaller
Print

U.S. Treasury yields jumped during the month of February, largely due to robust domestic economic indicators. But another key driver, though little noticed, could lie in China’s increased divestment of Treasuries.

Yields rose 21 percent since Jan. 31 on 30-year Treasury bonds, from 225 to 273 basis points on Feb. 20. The change was more pronounced for 10-year notes, whose yields rose 26.8 percent during the same time. Bond yields move inversely with prices, which means that Treasury prices fell during this period.

Many factors can affect Treasury prices, and this month’s move is no different. U.S. employment figures have steadily risen, and a confident stock market has shifted investor money from Treasuries to riskier asset classes both domestically and abroad. New corporate debt issuances from technology giants Apple Inc. and Microsoft Corp. this month have also attracted capital away from government bonds.

Another reason could be China’s recent selling of U.S. Treasuries.

January figures from the Federal Reserve won’t arrive for another month or so, but recent trends show that The People’s Bank of China (PBOC) has been steadily selling its massive holdings of U.S. bonds.

Last week, the Fed released its Treasury International Capital (TIC) report for the second half of 2014, which shows net Treasury movements of foreign central banks. The PBOC sold around $69 billion in Treasuries and agency bonds in the third and fourth quarters of 2014, shaving around 5 percent of its total bond holdings.

So what does this mean? Typically, as Treasury yields (rates) go up, interest rates on other fixed income assets also rise. Treasuries are generally considered to be “riskless,” so riskier assets must return a greater yield to attract investors.

Recent trends show that The People’s Bank of China has been steadily selling its massive holdings of U.S. bonds.

This general trend of increasing interest rates will lead the U.S. government to pay higher interest in future auctions, thereby increasing demand for Treasuries over time (which can only be bought in dollars). So in essence, higher Treasury yields can lead to appreciation in the dollar.

The PBOC’s recent sales of treasuries, in turn, can be interpreted as a way for China to decrease the value of yuan versus the dollar.

Of course, none of this is news to those who have been following the game-theory economics between China and the United States. China has been devaluing its currency for years to drive up demand for its goods, leaving the United States with a massive trade deficit.

As Epoch Times previously reported, China’s exports are on the decline and it could face an employment crisis in 2015. Today, the incentive to increase exports—especially to the United States, as China’s biggest customer—is even greater.

U.S. lawmakers have long decried foreign currency manipulation, but no American president has introduced formal action to stop this practice.

Which brings us to Obama’s proposed Trans Pacific Partnership. It’s a free trade agreement between the United States and 11 Asia-Pacific countries, including Japan, which has also been devaluing the yen over the last two years. Obama promoted the trade agreement as a way to increase trade (and U.S. exports) between the 12 countries while pushing back China’s influence on trans-Pacific trade.

China is not part of the proposed alliance, but will be impacted. Over time, the administration hopes this agreement will wean American consumers off imports from China and serve to bring manufacturing jobs back to U.S. shores.

But the bill is being fiercely debated in Congress, and some lawmakers from both parties are insisting that the agreement include an enforceable provision on currency manipulation, which will be a major coup in a global trade deal.

“If your area of the country has experienced job exporting by the thousands, you understand (the need to stop currency manipulation),” Rep. Marcy Kaptur (D-Ohio) told the New York Times. “That’s bipartisan.”

Lawmakers currently pushing for a currency manipulation clause cite a 2012 Peterson Institute for International Economics study that said currency intervention has cost the United States up to 5 million jobs.

The fight, which could derail the trade agreement, signals the biggest push yet to fight back against currency manipulation by foreign nations.

But it also presents U.S. lawmakers with a choice to make.

If the trade deal includes a currency manipulation clause, it may not achieve the goal of increasing trade with the 11 nations by a meaningful amount.

If the deal passes as is, we might see a tangible reduction in the U.S. trade deficit with China.