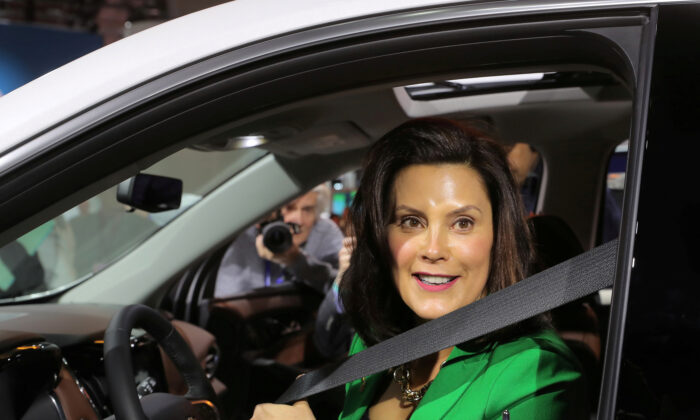 Adam Fox, 40, of Wyoming, Michigan; Barry Croft Jr., 45, of Bear, Delaware; and Daniel Joseph Harris, 23, of Lake Orion, Michigan, were charged with knowingly conspiring to use weapons of mass destruction against persons or property, the department said, in addition to a kidnapping conspiracy charge in October.

The superseding indictment on Wednesday alleges that the three planned to destroy a nearby bridge, which would have harmed and hindered Whitmer’s security detail and any responding law enforcement officers, a Justice Department statement said.

The new indictment also alleged that Croft and Harris possessed a “destructive device” that was not registered as required by U.S. federal law. It said Harris also possessed an unregistered semiautomatic assault rifle.

Fourteen men were accused of taking part in a plot by right-wing militia extremists to abduct Whitmer. One of them broke ranks with his co-defendants in January and pleaded guilty to a federal kidnapping conspiracy charge.

Prosecutors have said all 14 suspects targeted Whitmer in retribution for public health orders she imposed placing restrictions on a wide range of social and business activity to reduce the spread of the coronavirus.