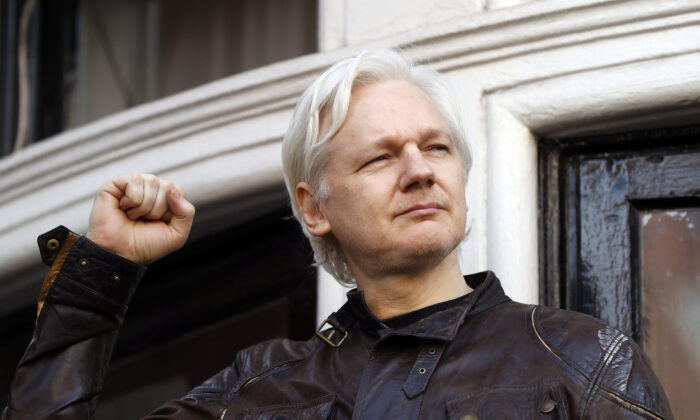 The US government’s legal challenge over a judge’s decision not to extradite Julian Assange is to be heard by the High Court.

Assange, 50, is wanted in the US on allegations of a conspiracy to obtain and disclose national defence information following WikiLeaks’ publication of hundreds of thousands of leaked documents relating to the Afghanistan and Iraq wars.

After a multi-week extradition hearing, District Judge Vanessa Baraitser ruled in January that Assange should not be sent to the US, citing a real risk of suicide.

The hearing on Oct. 27 marks the start of the two-day legal challenge at the Royal Courts of Justice in London.

The US authorities were previously given the go-ahead to argue against Judge Baraitser’s decision on five grounds.

In August, the High Court heard that the US Government’s appeal will argue there is a legal requirement that an individual must be “so ill” that they are unable to resist suicide for a decision to be taken not to prosecute, or in Assange’s case, extradite, them.

Clair Dobbin QC, for the US, previously said: “It really requires a mental illness of a type that the ability to resist suicide has been lost.

“Part of the appeal will be that Mr Assange did not have a mental illness that came close to being of that nature and degree.”

Ms Dobbin also told the court that the need for scrutiny is “substantially increased” given the background, including the “extraordinary lengths” Assange has already gone to in order to avoid extradition.

Judge Baraitser concluded there was a real risk Assange would be submitted to special administrative measures and detained at the ADX Florence Supermax jail, if extradited.

However, the US has previously said it has provided a “package of assurances” in response to the district judge’s findings, including that it would consent to him being transferred to Australia to serve any prison sentence he may be given.

Assange has been held in Belmarsh Prison since 2019 after he was carried out of the Ecuadorian embassy in London by police before being arrested for breaching his bail conditions.

He had entered the building in 2012 to avoid extradition to Sweden to face sex offence allegations, which he has always denied and were eventually dropped.

The hearing before the Lord Chief Justice Lord Burnett and Lord Justice Holroyde is due to start at 10.30am on Wednesday.

It is expected to end on Thursday with a decision at a later date.