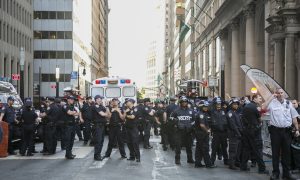 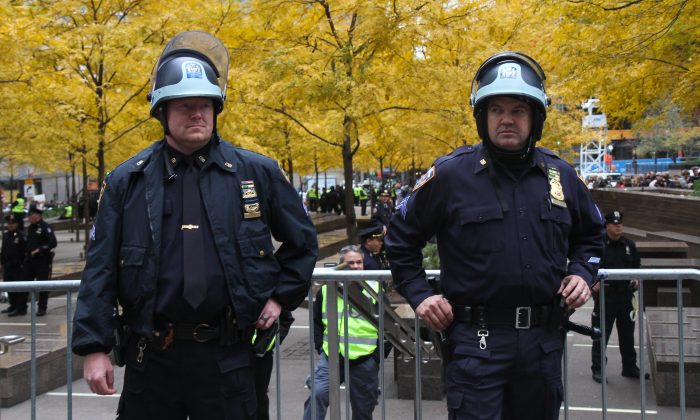 After the deaths of Michael Brown and Eric Garner spurred national criticism over the aggressive use of force by police, FBI director James Comey recently spoke about the lack of reliable national data collected on people who are killed while under police custody.

Last month, in a candid speech about the racial bias that persists in American policing, Comey lamented that without the statistics, law enforcement would not be able to truly understand what happens when police confront civilians.

“How can we address concerns about ‘use of force,’ how can we address concerns about officer-involved shootings if we do not have a reliable grasp on the demographics and circumstances of those incidents?” Comey said during a speech he gave at Georgetown University in Washington, D.C. “We simply must improve the way we collect and analyze data to see the true nature of what’s happening in all of our communities.”

This week, the Department of Justice (DOJ) released a study that revealed just how badly the federal government underestimates the number of “law enforcement homicides” that occur across the country.

Without a mechanism in place to accurately collect information on deaths under police custody, most states had to rely solely on media reports to cull their data.

The Bureau of Justice Statistics, the DOJ’s research division, commissioned the research firm, RTI International, to conduct an evaluation of its own data collection program, known as the Deaths in Custody Reporting Program, and the FBI’s program, called the Uniform Crime Reporting Program. The firm found that both captured less than half of the total deaths caused by police officers between 2003 and 2009 and in year 2011—the period that the study analyzed.

The study estimated that in the study period, the actual number of homicides by police was 7,427, or an average of 928 per year. The DOJ program captured about 49 percent of that number, while the FBI program collected 46 percent.

Related Coverage
Death and Neglect in Jail Shrouded in Mystery

Police Criticized for Use of Force Often Have No Other Choice

Although the DOJ program also counts people who died in jail or prison due to suicide, illness, drug overdose, natural causes, or other reasons aside from homicide, the study did not analyze those numbers because they were incomprehensive, “difficult to identify and, if included, could have a significant downward impact on our coverage estimates,” according to the study.

Also excluded from the study were the deaths of bystanders or hostages, deaths that occurred during interactions with federal agents, and deaths while pursued by police in a vehicle.

In FBI director Comey’s speech, he noted a fundamental problem with the FBI’s data program—police departments volunteer to report their numbers. Thus, the data is incomplete and unreliable.

The DOJ program did slightly better in capturing the number of deaths, but the states varied greatly in the way they gathered their statistics.

In 26 states, local coordinators for the DOJ program reported data by looking through media reports only.

Still others mostly used data from the medical examiner’s or coroner’s offices. And in California and Texas, laws require local police departments to annually report to the DOJ the number of police-involved fatalities.

The study recommended that federal authorities get more proactive. They may use diverse public sources to improve the accuracy of their data, such as examining Google alerts, independent websites devoted to tracking police-involved homicides, and press releases from local government offices. The New York City Police Department, for example, releases an annual firearms discharge report that tracks each time an officer fires his service weapon.