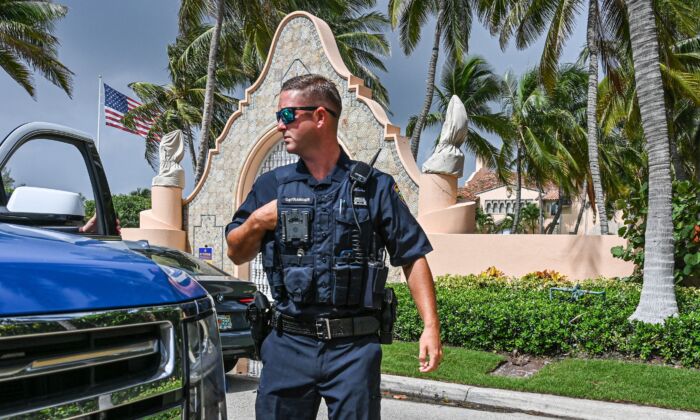 US Government to Oppose Any Move for Independent Review of Materials Seized From Trump: Lawyer

The U.S. government has informed former President Donald Trump’s legal team that it will oppose any move for a so-called special master amid allegations that privileged materials were seized by federal agents from Trump’s Florida resort.

Trump’s attorneys gave the U.S. Department of Justice (DOJ) “a heads up that they wanted to ask for a special master in this case,” Alina Habba, one of Trump’s lawyers, said on Newsmax on Aug. 15.

The DOJ “did indicate to our attorneys that they were going to oppose that,” she added.

The DOJ did not immediately respond to a request for comment.

A special master is an independent lawyer, typically a retired judge, who is appointed by the judge overseeing a case when concerns about privileged materials are raised.

U.S. District Judge Analisa Torres, an Obama appointee, appointed the special master in the latter case over the objections of the government to “ensure ‘the perception of fairness.'”

A number of Republicans, among others, have said Trump is being unfairly targeted by the government for political reasons.

Trump’s team has not formally asked the federal court in southern Florida, which approved the search warrant that FBI agents expected at Mar-a-Lago on Aug. 8, for a special master.

“A decision will be made soon,” Habba said on Newsmax. “Optically, it’s a good idea. I think that you need to look impartial, especially given the negative impact that this has had on the country right now. I would try and look as open to having as much transparency as possible.”

Privileged material includes that protected by laws shielding interactions between clients and their counsel, as well as work products prepared in certain contexts.

Agents took 26 boxes of items and documents from Trump’s home, according to inventory receipts made public after the raid.

They also seized miscellaneous confidential, secret, and top secret documents; a leatherbound box of documents; information regarding the president of France; a “Potential Presidential Record;” binders of photographs; a handwritten note; and the executive grant of clemency for Roger Stone that Trump signed while he was still in office.

The search warrant was approved and executed because agents had reason to believe Trump violated several federal laws, including one barring the gathering of defense information, but the warrant also enabled agents to seize any government record created during Trump’s four-year term.