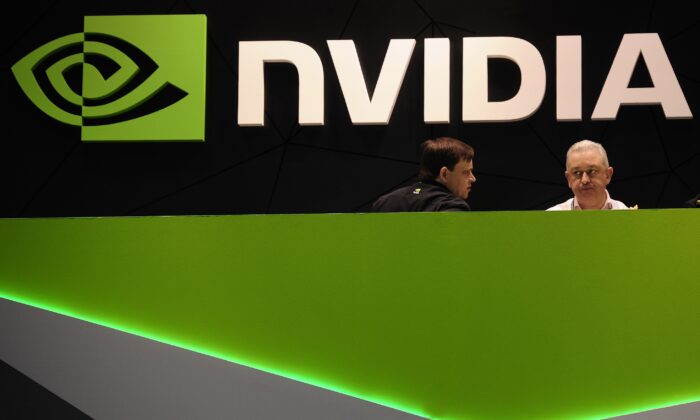 The Federal Trade Commission on Thursday sued to block graphics chip maker Nvidia’s $40 billion purchase of chip designer Arm, saying the deal would create a powerful company that could hurt the growth of new technologies.

Nvidia Corp., based in Santa Clara, California, said in September 2020 that it was buying United Kingdom-based Arm Ltd. from Japanese technology giant Softbank to “create the world’s premier computing company for the age of AI.”

But the deal immediately raised concerns that Arm would abandon its business model of licensing chip designs to hundreds of tech companies, including many of Nvidia’s competitors. Arm’s chip designs power many of the world’s smartphones.

“The FTC is suing to block the largest semiconductor chip merger in history to prevent a chip conglomerate from stifling the innovation pipeline for next-generation technologies,” FTC Bureau of Competition Director Holly Vedova said in a news release. “This proposed deal would distort Arm’s incentives in chip markets and allow the combined firm to unfairly undermine Nvidia’s rivals.”

The deal would give the combined company control over technology that rival firms need to develop their own chips, the FTC alleged. That could lead to roadblocks in fields like data centers and car driver-assistance systems.

Regulators in the U.K. and the European Union have also opened investigations into the deal, citing competition concerns.

Nvidia said it will “continue to work to demonstrate that this transaction will benefit the industry and promote competition.” It said it will “vigorously contest” the FTC’s lawsuit.

The company added that it is “committed to preserving Arm’s open licensing model and ensuring that its IP is available to all interested licensees, current and future.”

An Arm spokesperson referred questions to Nvidia. A Softbank spokesperson did not immediately reply to a request for comment.

The FTC said its four commissioners voted unanimously to file the complaint and a trial is scheduled to begin in August 2022.