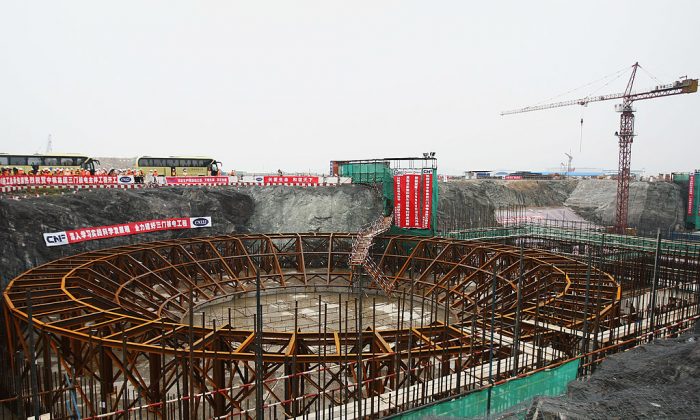 The U.S. Department of Commerce has placed China’s biggest state-owned nuclear company on its Entity List, according to an announcement on Aug. 14.

These four Chinese entities are on the list because they “engaged in or enabled efforts to acquire advanced U.S. nuclear technology and material for diversion to military uses in China,” according to the announcement.

Hong Kong-based company Corad Technology was also on the Entity List because it sold U.S. technology to Iran’s military and space programs; front companies of North Korea; and subordinate entities of Beijing and the Chinese defense industry.

This is not the first time that the U.S. government has tried to stop China from obtaining U.S. nuclear technologies.

In October 2018, the U.S. Department of Energy (DOE) announced restrictions on the export of U.S. civil nuclear technology to China.

As part of the 2018 restrictions, a ”presumption of denial” would apply to new license applications or extensions to existing authorizations related to CGNPG. A presumption of denial implies strict review and most licenses reviewed under it are not approved.

According to Reuters, the restrictions were the result of a review by the U.S. National Security Council that began in 2017, which examined China’s efforts to obtain nuclear material, equipment, and advanced technologies from U.S. companies.

In April 2016, the U.S. Department of Justice indicted CGNPC; Allen Ho, a nuclear engineer who was also a consultant to CGNPC; and Delaware-based company Energy Technology International (ETI) that was owned by Ho, for “conspiracy to unlawfully engage and participate in the production and development of special nuclear material outside the United States, without the required authorization from the U.S. Department of Energy.”

According to court documents, Allen Ho conspired with others to develop special nuclear materials in China from 1997 to 2016. Ho also assisted CGNPC in finding U.S.-based nuclear engineers who could help the company develop certain materials used for nuclear reactors.

In August 2017, Ho was sentenced to 24 months in prison for violating the Atomic Energy Act.

Beijing has been driving development of its nuclear technology and capacity through the economic blueprints, “Made in China 2025” and the 13th Five-Year Plan (2016-2020).

Under the Five-Year Plan, China announced back in 2017 that it aimed to build up the domestic total nuclear capacity to 58 gigawatts (GW) by 2020. For comparison, in 2018, 294.4 billion kWh (kilo-watt-hour) accounted for 4.2 percent of the country’s overall electricity generation, according to state-run media Xinhua. In April this year, the China Electricity Council announced the target would not be reached next year, falling short by about 5 GW.

China is also rapidly exporting its nuclear reactors as part of its “going out” state policy. Some exports are done through its “One Belt, One Road” (OBOR) initiative, rolled out in 2013 to build up geopolitical influence through financing infrastructure projects around the world.

CGNPC has won numerous OBOR projects, including the operation of a uranium mine in Namibia and the recent signing of an investor agreement with Romania on the continuation of a local nuclear plant project.