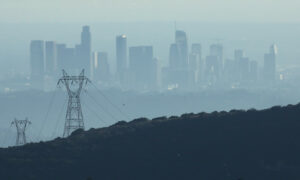 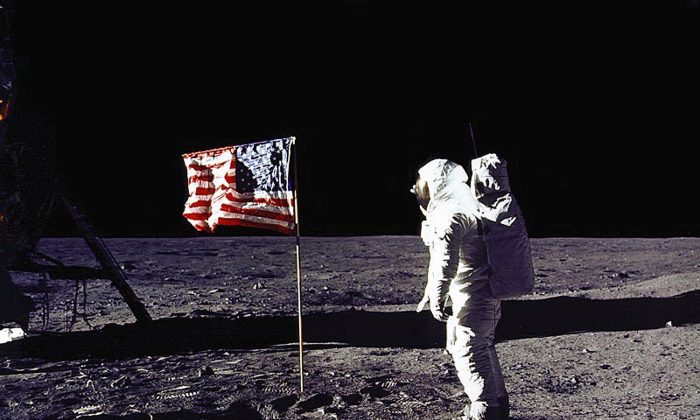 Edwin E. "Buzz" Aldrin, Jr. saluting the US flag on the surface of the Moon during the Apollo 11 lunar mission. (NASA/AFP/Getty Images)
Science

US Flags on the Moon Have All Faded to White

One of the qualities of ultra-violet light is that it causes colors to fade.

The UV-rays are especially harsh on the moon, which lacks the atmospheric protection that the earth has.

White Flag on The Moon
There is a time for everything …https://t.co/mbHq2NJMUd

This means that the US flags planted on the moon more than 40 years ago, immortalized in iconic photos, have all faded to white.

“Even on Earth, the colors of a cloth flag flown in bright sunlight for many years will eventually fade and need to be replaced,”  lunar scientist Paul Spudis writes in Smithsonian magazine. “Some of them may even have begun to physically disintegrate under the intense flux.”

Over the course of the Apollo program, six American flags were planted on the moon.

Over the course of the Apollo program, our astronauts deployed six American flags on the Moon. For forty-odd years, the flags have been exposed to the full fury of the Moon’s environment – alternating 14 days of searing sunlight and 100° C heat with 14 days of numbing-cold -150° C darkness. But even more damaging is the intense ultraviolet (UV) radiation from the pure unfiltered sunlight on the cloth (modal) from which the Apollo flags were made.