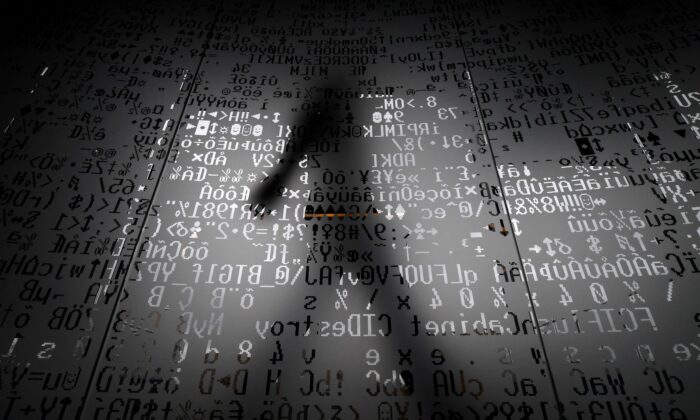 An employee walking behind a glass wall with machine coding symbols at the headquarters of Internet security giant Kaspersky in Moscow on Oct. 17, 2016. (Kirill Kudryavtsev/AFP via Getty Images)
National Security

Officials listed a string of known vulnerabilities that have been exploited by suspected Russian hacking groups in the past.

The agencies noted that hackers have targeted “state, local, tribal, and territorial (SLTT) governments and aviation networks” from September 2020 through at least December 2020, and they were able to successfully infiltrate networks and acquire data from multiple victims.

From 2011 to 2018, Russian hackers were also able to remotely access U.S. and international energy sector networks, where they deployed malware and collected ICS-related data.

Between 2015 and 2016, Russian state-sponsored APT actors conducted a cyberattack against Ukrainian energy distribution companies, which led to those companies experiencing unplanned power outages in December 2015, according to officials.

The agencies recommended that critical infrastructure organizations be prepared for such attacks by minimizing personnel gaps in the technologies used to protect people, assets, and information, creating and maintaining a cyber incident response plan, and reporting any such incidents to the CISA, among others.

“These mitigations will help organizations improve their functional resilience by reducing the risk of compromise or severe business degradation,” the advisory reads.

The notice comes after U.S. and Russian negotiators concluded special talks on Jan. 10 that were aimed to deescalate ongoing tensions over Russia’s increased military presence along the Ukrainian border. Despite several hours of talks in Geneva, Switzerland, no major progress appeared to have been made.

“Unfortunately we have a great disparity in our principled approaches to this,” Russian Deputy Foreign Minister Sergei Ryabkov said during a Jan. 10 news conference. “The U.S. and Russia in some ways have opposite views on what needs to be done.”

Ryabkov also stressed after the meeting that Moscow has no plans to invade Ukraine, despite growing concern among Western nations after Russian President Vladimir Putin had reportedly amassed more than 100,000 soldiers near the border shared by the two nations, sparking concerns of a possible invasion. Russia has repeatedly denied the accusation.