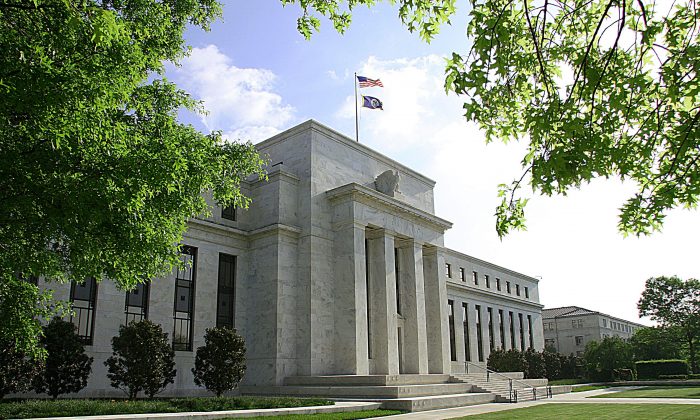 WASHINGTON— Federal Reserve policymakers have slightly lowered their projections for growth and inflation in the next two years, an outlook that likely factored into their decision to hold off on raising interest rates.

The Fed on Thursday also reduced its estimate for long-run unemployment to 4.9 percent from 5 percent. This suggests that it is willing to wait for unemployment to fall further before cutting rates. Unemployment stands at 5.1 percent.

And Fed policymakers now see just one rate hike likely to take place this year, down from two in their previous forecast in June.

The Fed now expects that its preferred measure of inflation to rise only 0.4 percent this year, down from 0.7 percent in June. Both are far from the Fed’s inflation target of 2 percent.

The Fed’s downgrades to its forecasts for growth and inflation weren’t large. It now foresees the economy expanding at just a 2.3 percent pace next year, down from June’s projection of 2.5 percent. It predicts that inflation will reach 1.7 percent in 2016, just below its previous estimate of 1.8 percent.

That is roughly half the pace of rate increases that occurred when the Fed last started raising rates in 2004.