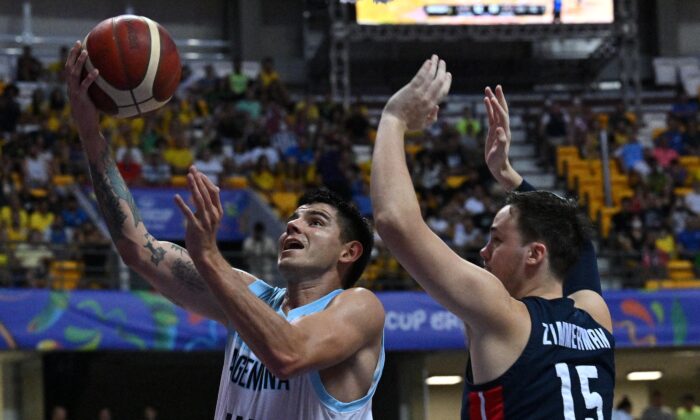 US Falls to Argentina in AmeriCup Semifinals, 82–73

It was a rematch of the gold-medal game from the most recent AmeriCup tournament in 2017, a game where the U.S. prevailed.

Not this time, not after Argentina outscored the Americans—a team composed of players who have been in the G League or on internationally based teams—17–7 in the final 4:59.

“For sure, a lot of credit to Argentina and (coach Pablo Prigioni). It’s a good team, veteran team, a lot of good players, a lot of different weapons and they did a great job in the end,” U.S. coach Alex Jensen said. “We made our runs. They did a good job taking it up another notch and we lost our patience.”

Brazil beat Canada 86–76 later Saturday in the other semifinal. Brazil will meet Argentina on Sunday for the gold; Canada plays the U.S. earlier Sunday for bronze.

“This is a good learning experience for our team,” Cole said. “And we’ll learn from it.”

Cole led the U.S. with 18 points and Zylan Cheatham added 10 for the Americans, who got to the line only 10 times—compared with 29 for Argentina.