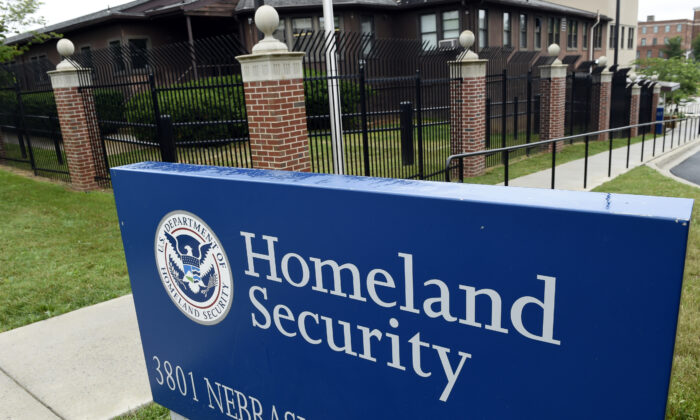 WASHINGTON—The U.S. faces a “heightened threat environment” from domestic extremists and people inspired by foreign terrorist groups with the approach of the holiday season, the Department of Homeland Security warned Wednesday.

While DHS said it had no credible information on a specific threat, the agency warns in its latest national terrorism advisory bulletin that mass gatherings for the upcoming religious holidays could be potential targets, including from people and organizations seeking to exploit resentment over pandemic lockdowns and recent events such as the U.S. withdrawal from Afghanistan.

“The Homeland continues to face a diverse and challenging threat environment,” it said.

This is the fourth time this year the agency has issued a bulletin, highlighting the perceived danger from a volatile mix of domestic extremists, often motivated by racially or ethnically motivated hate, and homegrown extremists inspired by overseas groups. It reflects a shift from the focus on Al-Qaeda and other organizations following the creation of DHS after the attacks of Sept. 11, 2001.

It also comes in an environment that has been super-charged by online propaganda and conspiracy theories as well as anger over the economic turmoil caused by the pandemic. DHS warned that extremists will pose a “significant threat” at least into 2022.

Timothy Langan, the assistant director of the FBI’s counterterrorism division, made similar points last week in an appearance before the House intelligence committee. He said the threat from domestic terrorism has “significantly increased” in the last 18 months, with the agency currently conducting about 2,700 investigations on violent domestic extremists.

“The greatest terrorism threat facing our homeland is that posed by lone actors in small cells, who typically radicalize online, look to use easily accessible weapons to attack soft targets,” Langan said.

The language of this latest bulletin is similar to the previous ones but adds language based on recent events. It warns that foreign groups such as Al-Qaeda and ISIS celebrated the U.S. withdrawal from Afghanistan and may use it to encourage violence by their supporters.

At the same time, some domestic extremists have sought to use the resettlement of Afghan refugees in the U.S. to stir up anti-Muslim hatred.

DHS has said it is working with the FBI, state and local law enforcement, and foreign counterparts and has also increased grants and training to community-based prevention programs to address the threat.

From 2010 through 2020, racially or ethnically motivated violent extremists advocating for the superiority of the white race have committed 18 lethal attacks in the United States, killing 70 people in attacks that typically focused on houses of worship, including in Charleston and Pittsburgh, according to the FBI.