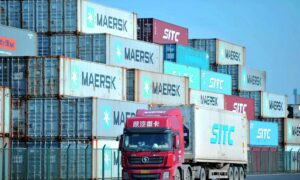 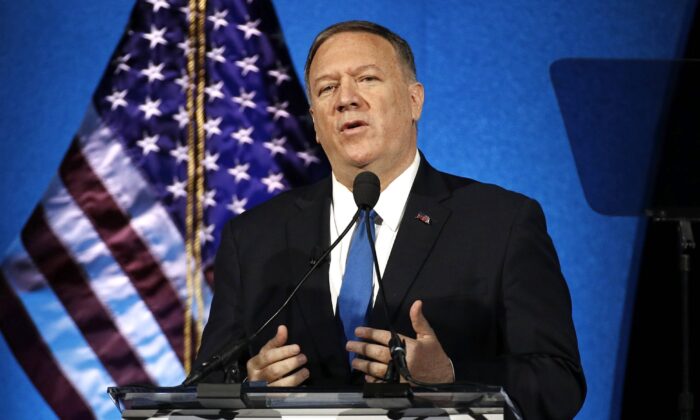 The United States is confronting a “complex challenge” from the Chinese Communist Party (CCP), a regime that has failed to fulfill its promises around the world, U.S. Secretary of State Mike Pompeo said on Nov. 15.

Pompeo said, in a speech at the Baker Institute for Public Policy at Rice University, that the authoritarian Chinese regime has been engaging in activities that are “deeply inconsistent” with “what America thinks is best for the world.”

He called on the regime to live up to its commitments, such as in the case of Hong Kong and the South China Sea.

“[Chinese leader] Xi [Jinping] made a commitment that he wouldn’t put weapon systems in the South China Sea, he has done so,” Pompeo said, referring to Xi’s speech in September 2015, during which he said “China does not intend to pursue militarization” in those waters.

The regime has constructed a network of artificial islands across the South China Sea, equipped with naval and air bases.

Pompeo also expressed hope that the Chinese regime would stand by its pledge to allow Hong Kong a high degree of freedom not found in the mainland when the city reverted to Chinese rule in 1997. The commitment is embodied in the framework known as “one China, two systems.”

The city is currently embroiled in ongoing protests in opposition to the regime’s growing influence, eroding its autonomy.

“We have said repeatedly to General Secretary Xi, ‘Honor that commitment. You promised there would be one country, two systems,’” Pompeo said.

He also praised Hongkongers, as well as Venezuelans, and Iranians for fighting for freedom.

The secretary of state also called out the regime for failing to follow the rules in a global trading system, an issue the United States has sought to address in its ongoing trade dispute with the regime.

“They have been a country that’s stolen our stuff, taken intellectual property, forced companies that invested in China to transfer technology,” Pompeo said in the remarks.

“They are making loans–I use that word loosely–to countries around the world that are unrepayable and then threatening foreclosure for political gain,” he said, referring to the regime’s One Belt One Road infrastructure project aimed a building trade routes across Asia, Europe and Africa.

The U.S. administration has criticized the OBOR initiative as being a “debt trap” for developing countries, while allowing the regime access to strategic infrastructure around the world.

“America has not done enough,” he said, “We’re going to work with China where we can, but we’re going to make sure that America addresses each of those challenges in a way that is appropriate.”

Pompeo has “a series of speeches in the future weeks and months on [the CCP’s abuses],” according to a transcript of the Q&A after the speech.