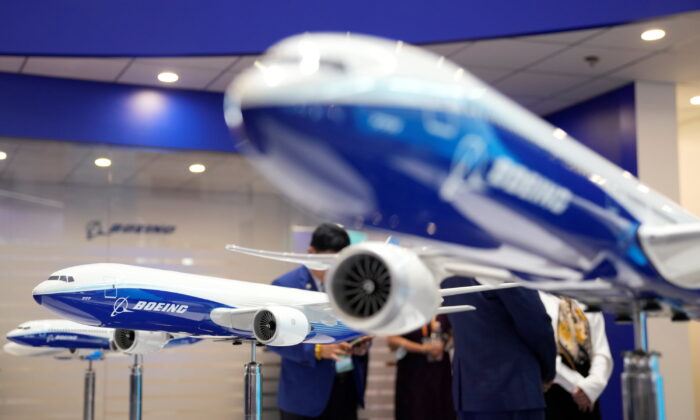 A model of Boeing 777 airliner is seen displayed at the Airshow China, in Zhuhai, Guangdong province, China, on Sept. 28, 2021. (Aly Song/Reuters)
Companies

The directive was prompted by high electrical resistance within the gust suppression sensor because of corrosion. The FAA said the gust suppression function is a non-essential feature that provides a minor improvement to ride quality during lateral wind gusts at low airspeeds.

Airlines must disable the gust suppression function within three months or before 75,000 total flight hours. The directive requires disconnecting connectors and capping and stowing wires attached to affected modules.

The directive, which is effective immediately, covers 279 U.S. registered 777 airplanes of U.S. registry. The FAA said Boeing is “currently developing a modification that will address the unsafe condition,” and once the change is approved the FAA could issue another rule.

Last week, the FAA proposed another airworthiness directive to address potential electric discharge in the fuel tanks of Boeing 777 series planes if a lightning strike or an electrical short-circuit occurs.

That directive would require operators to install mitigation materials, and perform detailed inspections and corrective actions. Airlines would have five years to be in compliance, the FAA said.