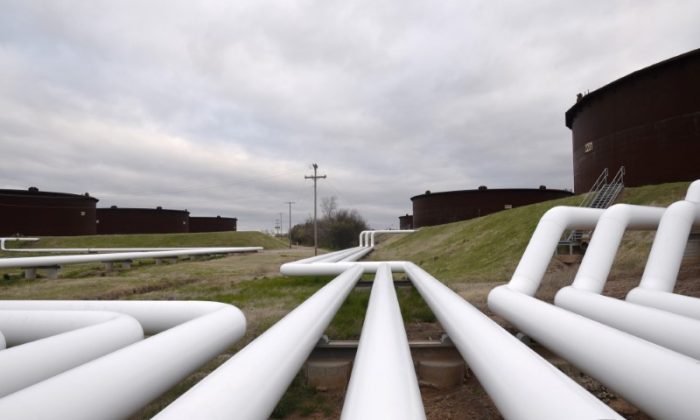 US Eyes More Venezuelan Sanctions, but Oil on Backburner: US Official

The U.S. government has imposed several rounds of sanctions on Venezuelan military and political figures close to socialist President Nicolás Maduro, who it blames for trampling on human rights and triggering the country’s economic collapse.

The actions would have built upon last year’s ban for U.S. banks from any new debt deals with Venezuelan authorities or state-run oil giant PDVSA.

Asked by reporters whether the U.S. government had slowed down on its push for sectoral sanctions, the senior official described them as some of the many “tools” it is keeping in reserve. “With regards to Venezuela, all options are on the table,” said the official, who spoke on condition of anonymity.

“The fact is that the greatest sanction on Venezuelan oil and oil production is called Nicolás Maduro, and PDVSA’s inefficiencies,” the official said.

“At the end of the day, Nicolas Maduro has taken care of really running PDVSA to the ground, and essentially more and more making it a non-factor,” he said.

Almost 2 million Venezuelans have fled since 2015, driven out by food and medicine shortages, hyperinflation, and violent crime. The exodus has overwhelmed neighboring countries.

Maduro, who denies limiting political freedoms, has said he is the victim of an “economic war” led by U.S.-backed adversaries.

The Trump administration also plans to ramp up economic pressure on Cuba’s military and intelligence services, the official said.

In his speech last month to the United Nations, President Donald Trump linked Venezuela’s crises to “its Cuban sponsors.”

“That is a message that we will continue to put out, but frankly its a message that the region needs to talk about,” the official said, noting John Bolton, Trump’s national security adviser, is expected to elaborate on the issue publicly soon.

“The issue of Cuban involvement in Venezuela is a fact. It’s not a theory, it’s not a story,” the official said.