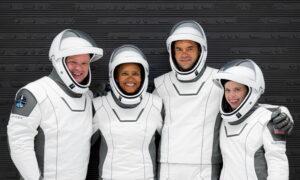 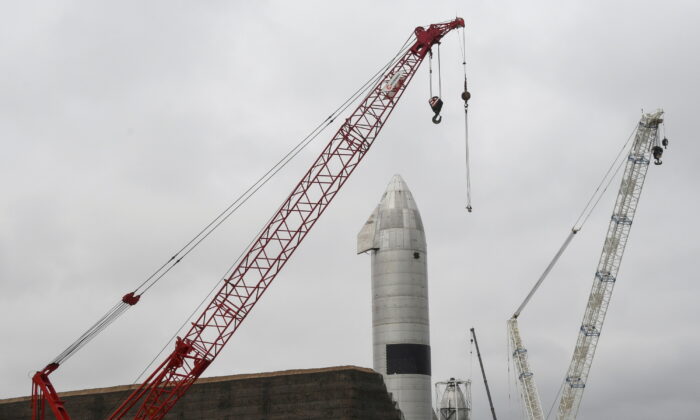 A SpaceX SN15 starship prototype is seen as it sits on a transporter after Wednesday's successful launch and first landing from the company's starship facility, in Boca Chica, Texas, on May 6, 2021. (Gene Blevins/Reuters)
Science News

US Extends Environmental Review for SpaceX Program in Texas

WASHINGTON—The Federal Aviation Administration (FAA) said on Thursday it would extend the public comment period for the draft environmental review of the proposed SpaceX Starship/Super Heavy program in Boca Chica, Texas, to Nov. 1.

The extension comes after federal and state agencies participating in the review made the request to extend the period for public input in the environmental assessment. SpaceX, the space company led by Elon Musk cannot launch the Starship/Super Heavy vehicle until the FAA completes its licensing process, which includes the environmental review.

If the FAA determines environmental impacts of the proposed project would be significant “and those impacts could not be properly mitigated to less-than-significant levels, the agency would conduct a more intensive” review. SpaceX did not immediately respond to a request for comment.

Reuters reported in July the FAA warned SpaceX that the agency could order SpaceX to take down a new tower because the environmental review was not complete.

The FAA in July said the review of SpaceX’s proposed rocket assembly “integration tower” was “underway,” and added that “the company is building the tower at its own risk.”

A May 6 letter from the FAA to SpaceX said construction activity on one of the two proposed 480-foot towers “may complicate the ongoing environmental review process for the Starship/Super Heavy Launch Vehicle Program.”

Based on the environmental review, the FAA could order SpaceX to take down the tower. “It is possible that changes would have to be made at the launch site, including to the integration towers to mitigate significant impacts.