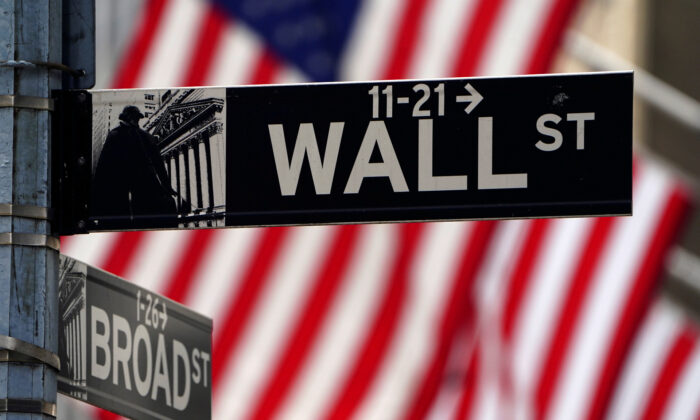 US Expansion of Chinese Company Blacklist Aims to ‘Purge the Red Assets’: Expert

The United States is gearing up to uproot “red assets,” an analyst said after Washington moved to ban Americans from investing in dozens of Chinese military firms.

On June 3, President Joe Biden signed an executive order blacklisting 59 Chinese defense and surveillance technology firms. The ban expands on a Trump-era order, which covered a total of 44 companies, to address “the threat posed by the military-industrial complex of the People’s Republic of China.” It will take effect on Aug. 2, giving investors one year to divest shares from the targeted companies.

“It’s a cleanup of the U.S. capital and assets—to purge the red assets,” Su Tzu-yun, director of Taiwan’s Institute for National Defense and Security Research, told The Epoch Times.

“The national strategy that the United States has set up is to engage in full-fledged competition,” he told The Epoch Times. “It’s a competition on every front, rather than just a single aspect.”

Across Washington, there is rare bipartisan consensus to be tough on China. Both the House and Senate have been advancing comprehensive bills seeking to push back on the regime’s economic coercion and human rights abuse.

Kurt Campbell, the U.S. coordinator for Indo-Pacific affairs, also recently declared that “the period that was broadly described as engagement has come to an end,” a remark that some experts have interpreted as signaling a shift in global sentiment toward the Chinese Communist Party.

“The two countries are now in a confrontational relationship. Why would I invest money in my rival to make it more powerful, so that it can turn around to counter me? It’s such a simple principle,” Li said.

Those under the latest ban include surveillance firm Hikvision, which the United States had previously flagged for its role in aiding human rights abuses in Xinjiang; telecom equipment maker Huawei; China’s largest chipmaker Semiconductor Manufacturing International Corporation; and all three of the country’s state-owned phone carriers.

A senior U.S. official told reporters on June 3 that they “fully expect” to be adding additional companies to the list “in the months ahead.”

As many as 248 Chinese companies are trading on major U.S. stock exchanges as of May 2021, with a total market value of $2.1 trillion, according to U.S. government data.

If the banned companies can no longer raise their capital on Wall Street, Li said one option for them is to go to Hong Kong, which still has one of the world’s top five stock exchanges. However, that window is shrinking—investors have been fleeing the financial hub in light of Beijing’s tightening control, which is making the city ever more indistinguishable from the mainland.

Unless China becomes fully democratized, excluding entities with Chinese state or military ties from the U.S. market will eventually become inevitable, though it will be somewhat challenging, Li said.

He pointed to the Chinese Communist Party’s aggressive national strategy known as “civil-military fusion,” under which the regime repurposes civilian technology and research to fuel its military rise.

“China is fully capable of turning a private enterprise into a military-industrial enterprise overnight,” Li said.

To see that, one needs to look no further than the fate of Chinese e-commerce giant Alibaba, he said.

The company ran afoul of the regime after its founder, Jack Ma, publicly criticized Chinese financial regulators. Since then, it has met with one punishment after another. Ma vanished from public view for months, and the company most recently was hit with a record 18.2 billion yuan ($2.8 billion) fine, to which it expressed “gratitude and respect.”

“No matter what powerful backing Ma had, in no more than four months, Alibaba is almost turning into a state-owned firm,” Li said. “Ma Yun [Ma’s name in Mandarin] has found himself with his back to the wall.”

Li said the camera appearance was an effort by the regime to keep up appearances.

“These are all a show for the Chinese people,” he said.

Su said that Wang’s reaction was no different than the regime has reacted in the past.

“I guess the Chinese foreign ministry probably doesn’t have much to say at the moment, which is why it is repeating these dogmas like a record player,” he said.

Su also noted that threats of Chinese espionage operations are “clear and well-documented” in America and other Western countries.

“The West had already addressed challenges to its accusations,” he said.

“It’s probably because the Chinese foreign ministry lacks confidence to back its position that it chooses to rely on bombastic verbal protests.”